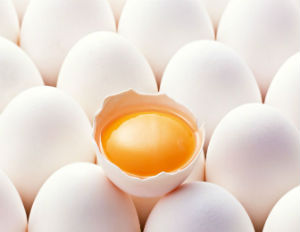 In this case, the chicken is coming before the egg. An Avian flu epidemic that has affected more than 48 million chickens since the first case was reported in December of 2014, led to a more than 84% jump in the price wholesalers pay for eggs from May to June. That’s the largest monthly jump since 1937 when the government first started keeping records.

On Friday, the Labor Department also reported that the Consumer Price Index – a measure of inflation – rose 0.3% due in part to a more than 18% increase in the prices we’re paying for eggs at the grocery store.

Avian flu is formally known as ‘avian influenza,’ and refers to viruses adapted to birds.Â  The Centers for Disease Control and Prevention (CDC) considers the risk to people from these infections to be low. No human cases of these HPAI H5 viruses have been detected in the United States, Canada, or internationally.Â

Of the millions of chickens and turkeys that have died or been euthanized since the epidemic began, nearly 80% are egg laying hens. This has had a domino-effect on many parts of the economy, putting pressure on food chains like McDonald’s, which sells millions of egg products during its breakfast rush, to manufacturers of products like Egg Beaters. National food chain Panda Express has taken eggs out of fried rice and replaced it with corn due to the crisis.

Texas supermarket chain H-E-B, one of the largest chains in the country, operating 350 supermarkets, actually rationed egg supplies last month, posting notes in its stores that said: “The purchase of eggs is limited to 3 cartons of eggs per customer.â€

While the worst of the crisis is behind us, analysts say prepare for even tighter supplies as seasonal demand for eggs rises this Fall.