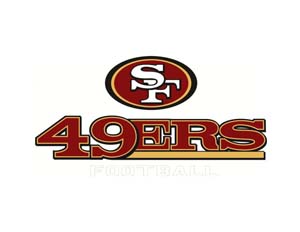 The San Francisco 49ers have agreed to an exclusive fantasy football and social media deal with Yahoo.

The time length of this is 10 years meaning it will end in 2024. This deal was in compliance to the fact that the 49ers will have a new stadium to play in this upcoming season. According to Mercury News, this deal will allow fans to upload photos to Flickr, which Yahoo owns, during the game and potentially see their shots on the stadium big screen. In addition, there will be a fantasy football lounge located within the stadium for the fantasy football junkies out there to parlay and chat about the success of their fantasy teams.

Bob Stohrer, Yahoo’s senior vice president of brand creative, said Yahoo wanted to be part of a stadium. Stohrer says this deal would “set a new standard” for technologically advanced NFL home fields, while aligning its popular fantasy football site with the local NFL team. This new deal expands the fantasy football world tenfold because of the possibilities behind this deal such as:

When this deal actually starts to get results, it should be beneficial to both Yahoo and the 49ers organization.