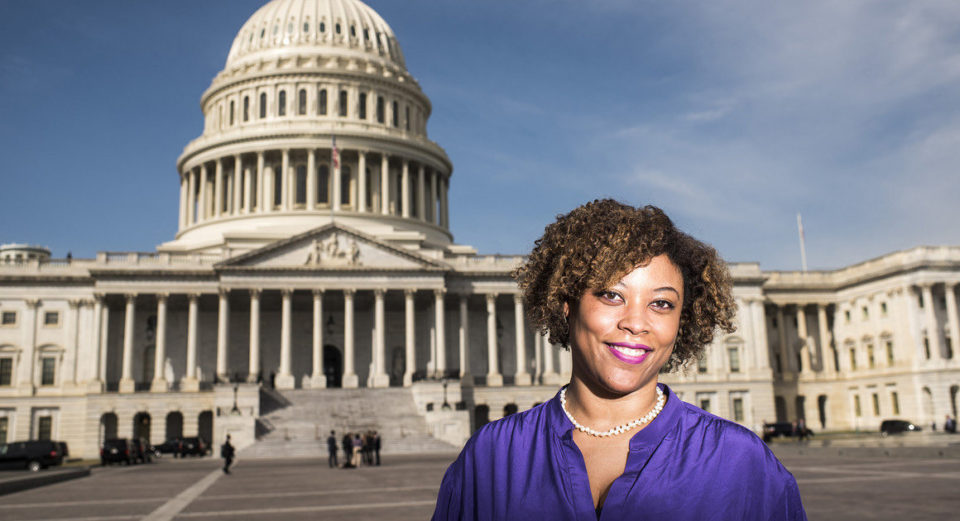 As we close out Women’s History Month, BLACK ENTERPRISE highlights the accolades of five powerful Black businesswomen worthy of being celebrated. Ranging in the fields of HR, franchising, marketing, development, and politics, these powerhouse corporate leaders show the groundbreaking results that can come from letting women take the lead. At a time when many women are still fighting for pay equality, here are five professionals who achieved success despite the roadblocks set against them.

After almost four decades of assisting in the diversity, equity, and inclusion at insurance giant Nationwide, Chief Administrative Officer Gale King is retiring, with Venita Clements taking her place. King worked as the executive vice president and CAO since 2009. She started with the company in 1984 and has aided in the increased engagement and inclusivity of the company’s workforce.

As a result of her leadership in corporate America, King’s accolades include being named to Black Enterprise’s “Most Powerful Black Women in Corporate America’ in 2019, as well as one of the 100 Most Powerful African Americans in the United States by Ebony. This year, King was among Diversity Women‘s 2021 Elite 100 and also became a member of the HR Executive of the Year Honor Roll by HR Executive Magazine.

Valerie Daniels-Carter is regarded as one of the most successful female franchisees in America. As the president and CEO of Milwaukee-based V&J Holdings, Daniels-Carter’s fast-food empire includes over 100 Burger King and Pizza Hut locations throughout Milwaukee and Detroit. In addition to running a series of Midwest-based food chains, Daniels-Carter is also a minority owner of the Milwaukee Bucks NBA team.

After working hard to go from a banker to a business owner, Daniels-Carter shared her passion for inspiring other Black women in corporate America. “I had to challenge the status quo in the franchise industry,” she told The New York Times. “I met several unnecessary delays; it was a test of endurance. I wanted to help other African American women have a chance. When I give motivational talks today, I tell people not to let anyone keep them from their dream.”

In April, Desiree Ralls-Morrison is set to begin her new position as General Counsel and Corporate Secretary of McDonald’s. The Wesleyan University and Harvard Law graduate joined the fast-food giant after working in the same position for three years while at Boston Scientific.

Named one of Black Enterprise’s 100 Most Powerful Women of 2019, Ralls-Morrison’s experience includes business strategy, crisis management, and leadership with Fortune 500 companies like Johnson & Johnson and Merck & Co. McDonald’s regards Ralls-Morrison’s work in racial equity and social justice issues as having helped employees to excel at companies across the country.

As President Joe Biden continues to get settled into the White House and appoint his staff, the Senate confirmed Shalanda Young as the deputy director of the Office of Management and Budget (OMB). The Loyola University graduate received bipartisan support from Congress after previously serving as the Democratic Staff Director. If selected as the official OMB, she will be the first Black woman to hold the position.

“As longtime members of the Appropriations Committee, we take great pride in recommending Shalanda Young as Director of the Office of Management and Budget,” Majority Whip Jim Clyburn and House Speaker Nancy Pelosi said in a joint statement. “Her legislative prowess, extensive knowledge of federal agencies, incisive strategic mind and proven track record will be a tremendous asset to the Biden-Harris Administration.”

After years of leading multicultural strategies at major corporations like Pepsi, Polaris, and McDonald’s, award-winning communications specialist Toni Harrison has joined the multilingual bank Fair as its Chief Marketing Officer.

“Leadership requires going beyond titles and job descriptions—it requires us to make contributions to our industry, community, and society,” Harrison said. “We are currently at the intersection of skyrocketing growth in online banking, a growing racial wealth divide, and a lack of representation in the boardrooms that have the power to make a difference. Fair is designed, in part, to fill this void, and I am honored to help lead the charge.”