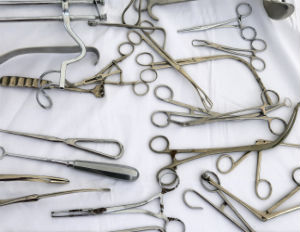 As we near the close of Women’s History Month, BlackEnterprise.com continues to pay homage to the exceptional black women who have kicked in steel doors and unapologetically walked through.

Having entered Tufts College Medical School in 1917 at age 19, Dr. Easterling began her career as a pathologist and served on the staff of Tuskegee Veterans Hospital in Alabama.

Her professional accomplishments include her work with Dr. William Augustus Hinton, who in 1927 perfected the Hinton test for syphilis. Dr. Easterling also conducted tuberculosis research with Dr. Hinton and Dr. John B. West.Â She died of breast cancer at Cambridge City Hospital in 1943 at the age of 45.

Also known as the “matron of Harlem health,â€ Dr. Petioni, a graduateÂ of Howard University Medical School in 1937,Â was known for her commitment to women’s issues, health care for the underserved, community medicine, and social justice. In 1974 she founded the Susan Smith McKinney Steward Medical Society for Women, a professional association for African American women physicians in the greater New York area.

She also developed a mentorship program with the Coalition of 100 Black WomenÂ that guided young African American women into careers in science and medicine. In 1976, she founded the Medical Women of the National Medical Association.

Having graduated with honors from New York Medical College in 1945, Dr. Wright made her mark in cancer research by developing new techniques for administering chemotherapy and evaluating new treatments for the disease.Â In 1955, she joined the faculty of New York University, where she continued her work with chemotherapy and later began experimenting with combinations of anti-cancer drugs. She believed most cancers were caused by viruses and investigated a new class of anti-cancer agents comparable to antibiotics.

At the age of 37, Dr. Ferebee graduated from Tufts Medical College. Though she was an obstetrician, she is often most recognized for her influence as a civil rights activist. Some of her notable accomplishments include being theÂ 10th president of Alpha Kappa Alpha Sorority, Inc; president of the National Council of Negro Women; medical director of the Mississippi Health Project; vice president of the Washington Urban League; and chair of the Women’s Division of the United Negro College Fund.

Dr. Crumple is often recognized as the first African American woman to earn a doctor of science degree, having graduated in 1863 from the New England Female Medical College. She is the author of Book of Medical Discourses,Â about medical care for women and children.