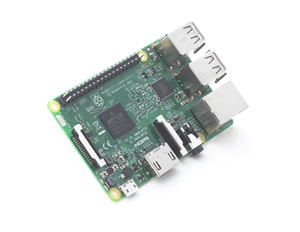 The Raspberry Pi FoundationÂ just released the Raspberry Pi 3. It’s a full computer, as small as a credit card, and can be purchased from online sites includingÂ Element14 and RS Components. Its specs include 1.2GHz 64-bit quad-core ARM Cortex-A53 CPU, 802.11n Wi-Fi, and Bluetooth.

This tiny machine is, as mentioned, a full running desktop PC. It is being used for everything from teaching coding to creating crazy hacks, such as turning this old Xbox controller turned into a gaming console.

There is a host of things one can do with a little imagination and know-how with the Raspberry Pi. And since the computer is affordable, it’s a great system to really learn on and experiment with. If you are new to using a Raspberry Pi computer, here are five cool beginner’s projects to try:

From Stuff.tv: You can turn a Raspberry Pi into a full desktop computer. You will need to head to the Raspberry Pi website and download the NOOBS operating system. You will also need an at minimum 8GB SD card. Format the card, copy NOOBS onto it, and then install the NOOBS software. A USB mouse and keyboard can be used with the Raspberry Pi (it has 4 USB 2.0 ports).

TOR routers are used to surf the web anonymously. Hacakday.io has instructions for turning a Raspberry Pi into a TOR router. Instead of using NOOBS, the site recommends installing the Raspbian software. The rest of the instructions detail step-by-step the commands you need to run and how to set up the Raspberry Pi as an access point.

Hackster.io has instructions on how to make the Raspberry Pi into a thin client that can run a Windows desktop session. This is done by downloading and installing WTware for Raspberry Pi and ensuring that the Windows machine is running Remote Desktop Services.