5 Emmy contenders you should check out this weekend 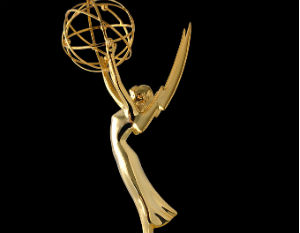 The 68thÂ Annual Emmy AwardsÂ airs this Sunday, and I think you should be prepared. The small screen, from cable providers to online distributors like Netflix and Amazon, appears to be leading the charge in the age of championing “diversity” (which is an entirely other conversation, we know). As we increasingly see more people of color on the small screen, I can’t help but question why it took this long.

Regardless,Â if you’re going to watch the Emmys and have this conversation in person and/or online,Â you should know who and what shows are nominated andÂ some standout contenders.

Black-ish, nominated for three Emmys, is the show that keeps us laughing, as it highlights the variety ofÂ issues the modern, American black family faces on a daily, whether at work, school, or at home. Also, the kids on the show are a DELIGHT!

With 22 nominations, the first season of American Crime Story was widely popular due to the subject matter; the story of O.J. Simpson and this historic, controversial trial always makes for interesting fodder for quality TV–it’s polarizing.

Additionally, the performances were simply outstanding. Both Cuba Gooding, Jr., who played O.J. Simpson, and Courtney B. Vance, who played Johnnie Cochran, knocked it out of the park, in terms of their performances. Each received nominations in the Outstanding Lead Actor in a Limited Series or Movie catagory.

Entering its third season with three Emmy nominations, crowd favoriteÂ Empire has garnered much success over itsÂ past two seasons. The salacious and sexy series is a fun watch if you’re into soaps, with popular characters played by Terence Howard, Jussie Smollett, and Gabourey Sidibe. And on a side note, this cast seems to really enjoy working together, which is very cool.

Some may suggest that partÂ of the show’s success is due to the character Cookie, played by the beautiful and spirited Taraji P. Henson. Nominated for Outstanding Actress in a Dramatic Series, Henson continues to capture audiences with herÂ performances.

With a total of seven nominations, Keegan-Michael Key and Jordan Peele’s showÂ resonates with many across the spectrum. Their brand of humorÂ largely comes from their biracial backgrounds, and typically challenges the stereotypes associated with what it means to be black in America.

A few more notables to watch include:Â Mr. Robot (my quiet obsession), Master of None, Confirmation, and Drunk History.