5 Exotic Destinations You Can Visit Without a Passport 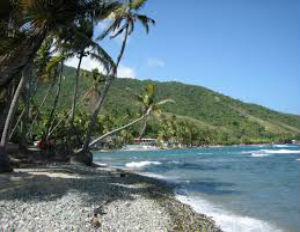 It’s not often that you hear the word exotic and U.S. destination mentioned in the same sentence. But believe it or not, the United States is home to a few beautiful island getaways that don’t require a passport, according to the Â U.S. Border and Customs Protection.

Dara Continenza of SmarterTravel.com compiled a list of five exotic places you can go to without a passport.

Puerto Rico
Did you know the island of Puerto Rico is an unincorporated territory of the United States?Â Puerto Rico, with itsÂ inexpensive airfare from Spirit, Southwest and JetBlue, make it an economical option for East Coasters. Â Isla de Vieques, recognized as TripAdvisor Travelers’ Choice 2013 winner for the best island in the Caribbean, offers visitors a bio-luminescent bay to kayak and unspoiled beaches to explore. In a 2012 referendum on the territory’s political status, a record 61% of Puerto Rico’s voters were in favor of eventual statehood, so we may one day welcome the island as the 51st.

United States Virgin Islands
Minutes away from Puerto Rico by plane, lies the beautifulÂ U.S. Virgin Islands. Made up of three main islands–St. Thomas, St. Croix, and St. John–plus a scattering of smaller isles, the U.S.V.I. sees about 2.6 million visitors each year. Each island has its own unique appeal. St. John, with its national parkland and legendary diving, will charm true escapists. St. Thomas is a shopper’s dream, with countless boutiques and jewelers, as well as two bustling cruise terminals. Also, Danish-flavored and diverse St. Croix is a favorite of luxury-seeking honeymooners.

Note: Travelers will need to have a passport to visit the neighboring British Virgin Islands.

Guam
Guam, another exotic U.S. destination, is known for great snorkeling, seas Â famous among divers for visibility up to 150 feet, and Two Lovers Point; a cliff-side lookout, offering some pristine panoramas from 400 feet above the Philippine Sea (plus a dramatic legend of star-crossed lovers).