5 Futuristic Revelations From the TED@IBM Event 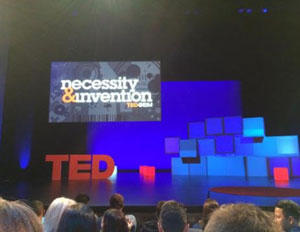 TED Talks and events always attract attention and the TED@IBM event, “Necessity & Invention,” was even more attention-gathering as it was co-hosted by the first African American woman to receive her Ph.D. from Yale University in Astronomy, Jedidah Isler.

Among the speakers was Dr. Kala Fleming, a black scientist and lead researcher for IBM. The speakers revealed some amazing technological advances which are sure to revolutionize society in many ways. Here are five of the most high-tech inventions and concepts presented at the TED talk:

1. 3-D Printing Will Push Recycling and Sustainability to New Heights
Jeannette “Jamie” Garcia, a chemist at IBM Research, discussed the implications of 3-D printing on the environment. For instance, 3-D printing can be used to build parts that can be broken down, recycled and then re-printed. This could lead to everything from recyclable airplanes to new applications for space travel and exploration.

3. Digital aquifers are helping solve water shortage and drought issues.
Dr. Kala Fleming and her team at IBM are working on digital aquifers which use a combination of cloud computing and data analysis to map underground water sources and to monitor water usage. Using IBM’s Watson, Fleming has tested the use of digital aquifers on the African continent and aquifers are being built in the Philippines. “California, when you are ready, Africa has a solution for you,” Fleming said at the TED talk about California’s current water shortage. You can read Black Enterprise‘s interview with Dr. Fleming and other speakers at the event, here.

4. Sharing personal data has become so commonplace and cybercrime so widespread that the value of your data has gone down.
Maria Dubovitskaya, a cybersecurity scientist and cryptography researcher at IBM, said that our data is currently worth less than a dollar to hackers. Ten years ago it was worth $150 in cybercrime circles. This is because we are now a lot more open with sharing our data. Dubovitskaya also spoke about the organization and professionalism of modern hackers. Cybercrime impacts the economy up to half a trillion dollars a year and is a global pandemic.

5. Computers can be funny.
Vinith Misra, a researcher on the IBM Watson team said that IBM is working on “computational humor,” a technology in which computers are used to create “algorithms of humor.” What do you call a murderer with moral fiber? A cereal killer, was an example given of a computer-generated joke. Misra said that the research is designed to help make computers more relatable and personable, and therefore less frustrating for humans to use. 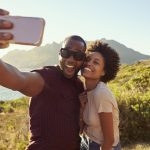