5 Higher Ed Issues That Should Be Dominating the Presidential Debates 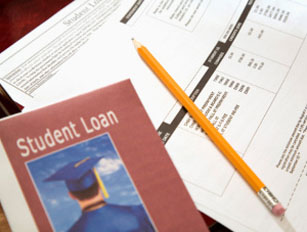 According to an important article at E-Campus News, the five higher education issues that should be dominating the presidential candidates debates are as follows:

We’ve excerpted the article below.

The presidential campaign and debates among candidates have shed light on the issues most important to the U.S. public–and among those issues is higher education, from financing it, to institutions’ accreditation, to accessibility.

Here, we offer a handful of higher education issues, along with important developments pertaining to each issue, which should be on the presidential candidates’ radar and present in their debates as November nears.

Did some issues not make the list? Be sure to include your suggestions in the comment section below.

1. The cost of higher education and the student loan debate
“We agree that real opportunity requires every American to get the education and training they need to land a good-paying job,â€ President Obama said during his Jan. 12 State of the Union address—the last of his presidency.

“And we have to make college affordable for every American. Because no hardworking student should be stuck in the red. We’ve already reduced student loan payments to 10% of a borrower’s income. Now, we’ve actually got to cut the cost of college. Providing two years of community college at no cost for every responsible student is one of the best ways to do that, and I’m going to keep fighting to get that started this year,â€ he said, referencing his America’s Promise proposal, which would make two years of community college free to students meeting certain requirements. The proposal has yet to gain traction in Congress, though some states are passing their own versions of the plan.

Both Hillary Clinton and Bernie Sanders have proposed that federal efforts and money should help make college more affordable.