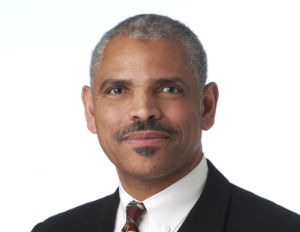 “Always maximize the probability of success” were the words Carnival Corp. CEO Arnold Donald said to a crowd of nearly 1,000 women at Black Enterprise’s Women of Power Summit.

In a one-on-one conversation hosted byÂ EMCÂ with Black Enterprise CEO Earl “Butch” Graves, the CEO of the nation’s largest cruise company in the world dropped gems on his rise to success as one of just five African American CEOs of the nation’sÂ biggest corporations.

Shedding light on his humble beginnings in New Orleans as the youngest of five children, Donald talked about the influence his older siblings, parents and education had on his career.

Attending an all-male and all-African American high school in New Orleans, Donald shared how he and his classmates were commonly told, “Gentleman prepare yourself, you are going to run the world.”

Those early words of affirmation stuck with the young teen, who by his junior year of high school, had made up in his mind that he wanted to work for a Fortune 500 company.Â With two undergraduate degrees and an M.B.A. degree under his belt, the now CEO of Carnival Corp. says that the key toÂ his success is making sure that he is always prepared.

Making no apologies for his presence andÂ accomplishments as a black male in corporate America, DonaldÂ talked aboutÂ his proactive approach to providing leadership opportunities for other minorities.

BelowÂ are five inspirational tips he offered for those looking to reach corner office success.

1. Find your passion: “My advice is simply find whatever you are passionate about because whatever you choose to do there is junk that goes with it.”

3. Have impact: As CEO of Carnival, Donald has expanded the traveling options of his customers by offering volunteer cruises for those who wish to travel and make a difference somewhere.

4. Prepare: “You have to prepare yourself to be successful in order to get the track record for that position.”

5. Create a diverse team: Donald credits much of Carnival’s success to his creation of a diverse leadership team saying, “For me, it’s just a business imperative.”