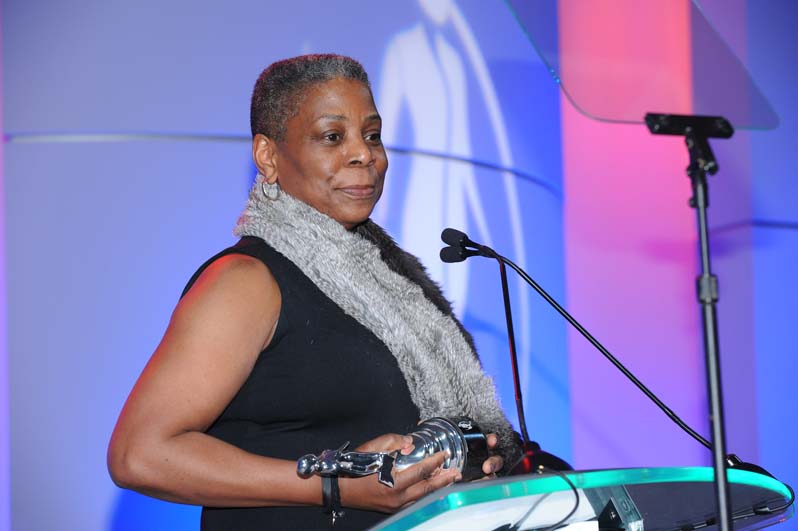 Hundreds of black female executives and professionals gathered at the Black Enterprise Women of Power Summit this morning to hear an exclusive, candid conversation between two corporate trailblazers: Xerox Corp. Chairman Ursula Burns, the first black women to lead one of the nation’s largest publicly-traded companies, and former Young & Rubicam Brands Chairman and CEO Ann M. Fudge, the first black women to operate a Madison Avenue advertising firm. As part of this “Conversations That Countâ€ session hosted by ADP, the two historymakers and Legacy Award recipients, both personal friends and business allies, used the chat to share their success strategies and paths to corporate advancement for women of color.

Here are a few valuable lessons from these icons:

Lesson #1: Stick with the Partner Who Took You to the Dance

Fudge, who served as the interviewer for the session, asked Burns, a 38-year Xerox veteran, if she ever considered leaving the document technology company. After joking that she considered taking that action “every month,” Burns recounted being recruited years ago by tech titan Michael Dell to become head of his supply chain operations. In fact, she accepted the job.

At the time, she was frustrated in her role in the manufacturing division as Xerox confronted critical times. Among those on the “attack team” to get her to stay at the company was power broker and board member Vernon Jordan. Jordan asked her: “Would you leave the person who started the dance when he needed you?”

Asking that question as part of a touching scenario, Jordan persuaded her to decline Dell’s offer. By helping to steer Xerox through those tough times and other critical transitions, Burns would eventually gain the CEO position in 2009.

Burns told Fudge she rarely has remorse-filled moments regarding her business and personal decisions. Her regrets, if any, are related to opportunities she didn’t pursue or matters in which she did not take action based on her initial judgment.

She asserted that she “can tell in 15 minutes” if one of her managers is capable of handling a given assignment. By refusing to follow one’s instincts, she says, you may spend months dealing with problems because of deciding to become “more invested in the fixing of a person” than the execution of the task.

Fudge asked Burns whether international assignments have proved to be transformative professional and personal experiences. Burns said: “I literally grew up as a business person [through such experiences]. You have to make cultural adjustments.”

Burns, who worked in London and Tokyo, also maintained that such assignments are vital due to the fact that as much as 90% of revenue growth for major corporations can be derived from offshore operations.

Professionals, however, must guard against becoming “the ugly American without knowing it,” by making ill-informed judgments regarding foreign customs and practices.

Both Burns and Fudge discussed the importance of mentors and advisers. However, they noted great value in connecting with close friends for advice and encouragement as well as a much-needed release valve. Burns designs an annual outing with six close friends that helps to keep her grounded. As for Fudge, she plans uplifting spa excursions with three friends she’s known since kindergarten. “It’s a lifesaver,” said Burns of such stress-relieving connections and rituals. “Men do this all the time.”

Lesson #5: Use Race and Gender as Strengths

When Burns became the first African American female CEO of an S&P 500, she admitted she was slow to realize the importance of that historic milestone to those outside of Xerox. Today, she routinely shares her story, fueling the aspirations of multitudes of black and female professionals.

In fact, Burns warned audience members not to “get so focused on being the only” or embrace the long-held notion in corporate circles of having “strikes against them for being a woman and being black.” She asserted that they must not be discouraged, always stay engaged, and use their diversity as a strength.

This conversation came two months after the announcement that Burns was stepping down from the CEO position at Xerox when the company split into two entities. Fudge, who currently devotes her time to mentorship and education of young black females, says African American women must be unwavering in their support of other African Americans on the rise in corporate America. She asserted: “I worry about who’s coming behind Ursula. It’s a struggle to see who is next. We have to make that happen.”