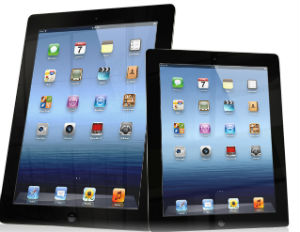 ConsumersÂ demonstrated with their wallets that there is a market for a 7-inch tablet. Apple, passing up no opportunity to make even more money, has finallyÂ respondedÂ with a smaller and less expensive version of its popular iPad, announcing the fifth generation iPad at the California Theater in San Jose, California. There is no doubt that holiday shoppers will buy the high-tech stocking stuffer for friends and family, but should youÂ integrateÂ the iPad Mini into your business? Here are 5 reasons entrepreneursÂ should add the iPad Mini to their list of must-have digital tools.

A tablet can definitely come in handy when you have to attend an unexpectedÂ virtualÂ conference or meeting where you need to view a video, or presentation slides.Â OneÂ ofÂ the complaints about the iPad is that even though it’s much moreÂ portableÂ than lugging around your laptop, it’s too large to carry around on a regular basis.Â The iPad Mini has a 7.9-inch screen and a 1,024 x 768 pixel display resolution. Weighing only 0.63 pounds, the 7.2 millimeters thin gadget is 23% thinner and 53% lighterÂ than theÂ third-generation iPad. On-the-goÂ entrepreneurs are more likely to take the iPad Mini along if they want to get more things done. The iPad Mini offers ultra-fast connectivity with its A5X chip processor and increased LTE support.

If you’re a microprenuer or soloprenuer, you have probably dreamed about all the ways an iPad will help you become more productive on the run. But the finance office (which is also you) didn’t budget for the $499 iPad price tag. At $329, the iPad Mini may be a compromise that the finance office is willing to make. Even though the iPad Mini is less expensive, you still get the same 16GB on-board storage, which saves your photo-heavy keynote presentations. Not to mention, you still have access to all the business/productivity apps to reassure the finance office that you are actually using the device for work.

The iPad Mini is in direct competition with other 7-inch tablets like theÂ Google Nexus 7 or Amazon Kindle Fire HD. You can argue that the Google and Amazon tablets are less expensive and equally asÂ portableÂ as the iPad Mini, however, the iPad Mini has an edge over its competitors. That edge includes the mobile app ecosystem that’s jam-packed with business andÂ productivityÂ apps is immediately accessible to the iPad Mini. Those apps enable entrepreneurs to manage and collaborate on tasks and projects, send invoices and receive payments, and communicate effectively with colleagues, team members, and clients–without squinting at a smartphone screen.

Corporate IT departments are quickly adoptingÂ BYOB–Bring Your Own Device–policies so employees can cut down on the amount of devices theyÂ have to carry around and companies can rest assure their data is safe and secure on employee devices. If large corporations are moreÂ inclined to support mobile devices as productivity tools, then it’s safe to say entrepreneursÂ will be able to seamlessly integrate an iPad Mini into their daily work flow with the rightÂ mindsetÂ and apps.

AsÂ an entrepreneur, there is no such thing as “office hours”. There are late nights, early mornings, and weekend shifts (with no overtime), so there will be times when you are called upon to do work while you are caught in the middle of play. Tablets are capable of doing tasks that are too demanding for a smartphone, but not intensive enough that it requires a full computer. The iPad Mini isÂ flexible, thin and small enough to shoot videos and photos–with its FaceTime HD camera in the front and 5MP iSight camera in the back–of your kids’ football or dace practice, andÂ still have the tools you need to quickly update that spreadsheet or send off that invoice right before the deadline.