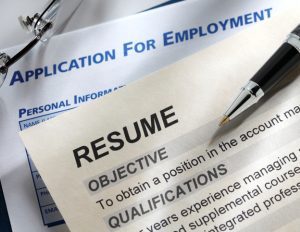 Â A few months ago, a friend and I were joking about choosing “rÃ©sumÃ© friendly” names for our kids. Naming kids after luxury goods (i.e., MoÃ«t, Porsche, Lexus, and Diamond) may be trendy but is inherently troublesome. Studies have shown that these types of names, as well as more traditional African American names, are oftentimes perceived as less professional and cause the bearer to have a longer journey to employment. Corporate assimilation and maintaining racial identity have long battled for primacy in corporate America, begging the question of whether white washing your name is a requirement to achieve professional success?

There are several prominent African Americans who have flipped this assumption on its head; like Oprah Winfrey, Condoleezza Rice, and President Barack Hussein Obama. Early in Oprah’s career, she was asked to change her name because it was difficult for people to say; she refused and that has likely been the best decision she ever made.

RÃ©sumÃ© “whiteningâ€ or deleting clear identifiers of race or ethnicity might improve your chances of getting a callback, but who wants to work for an employer who would discriminate against you because of your name? However, if you feel your name is impeding your chances of having your rÃ©sumÃ© land in a hiring manager’s lap, here are five things you should consider:

Toni is the CEO & founder of The Corporate Tea, an online resource that provides unfiltered advice to help professionals navigate their careers. Toni is a Career Strategist & HR Blogger with over a decade of experience in corporate America. For more insights and advice, follow her @thecorporatetea