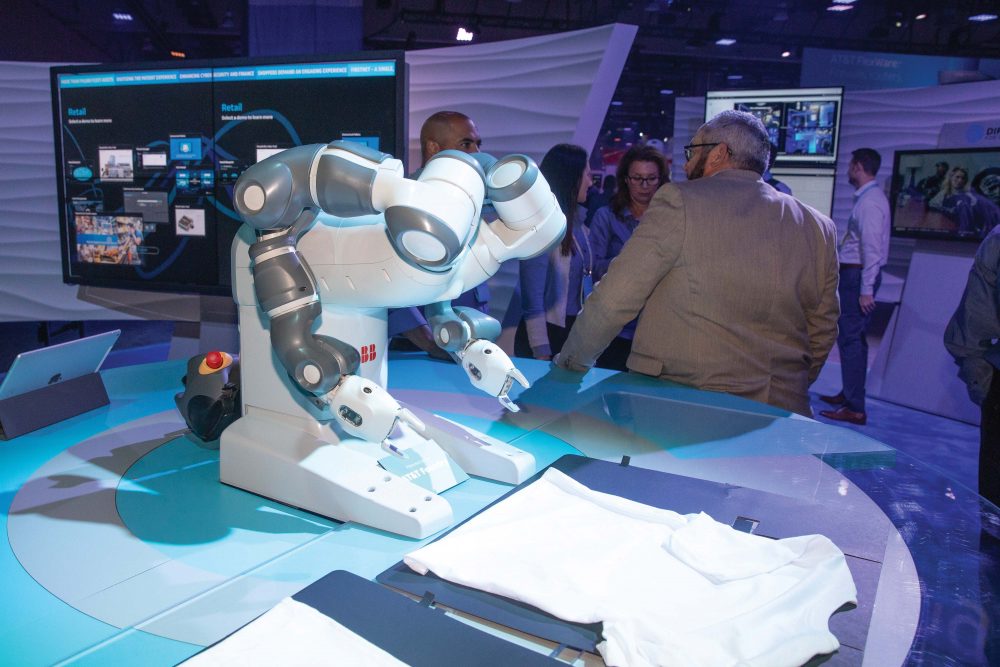 In the main-stage session at the AT&T Business Summit, “Five Trends That Shape the Future of Digital Services,” renowned innovation expert Robert Tercek discussed how 5G will disrupt business at a much greater rate than the 2007 introduction of 4G—“the driver of the iPhone decade.”

Author of the ground-breaking book, “Vaporized: Solid Strategies for Success In A Dematerialized World, he asserts: “I believe in 5G, we’re going to move linear supply chains to open software ecosystems that define the way we make and transfer goods around the planet.”

He further made the case that the advance of software-enabled products will result in more “physical products becoming vaporized,” citing books, music, games, and television as decade-long examples. He further states that the coming digital phase will force companies to “rethink the way we make products” or wind up like the casualties at the end of Avengers: Infiniti War.

• Dematerialization of products. Why? When goods become “information rich,” he says, they lose the characteristics of products and become services.

• Hyperconnectivity. We operate in an environment in which “everything will be connected” through mobile devices, IoT, AI, sensors, and other such technologies.

• Machine intelligence. It will drive access to more valued information on consumers, markets, and trends, among other areas. Simply put: “Data is the new oil,” Tercek asserts.

• Digital identity. A majority of firms will follow this tack, unifying their digital and physical identity. Moreover, they will use augmented reality on product labels or have machine-readable data encoded into products’ barcodes to make branding and other details more accessible.

• Re-decentralization. Tercek expects a backlash to the continued hegemony of products and services by a limited number of large internet platforms. In fact, he expects sectors such as healthcare, groceries, auto, and banking as candidates to be dominated by these giants.

Already, he says, companies such as Amazon and Alphabet (Google), to name two, seek to apply their models to some of these industries. To contain such activity, consumers are loath to increase government regulation. But Tercek says the “antidote to heavy centralization” lays in such examples as “crowdfunding decentralization,” which has created “huge momentum” through token economies, namely cryptocurrency and the ICO—initial coin offerings—in which startups raised $5.6 billion last year.