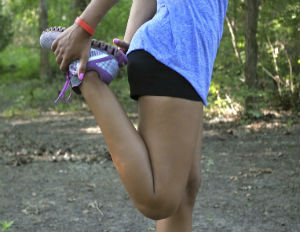 Every great entrepreneur I know has at least two things in common. First, they are obsessed with data. That’s because business owners know that information, applied correctly, is power. The second commonality is a competitive nature – they all like to win. It doesn’t matter what the contest is. Entrepreneurs simply thrive on winning, both in business and in life.

[Related: Take Control of Your Healthcare with 4 Lifesaving Mobile Tools]

Perhaps part of my affinity for my Fitbit, which I’ve worn almost 24 hours a day for more than two years, is that it feeds both of these desires: it gives me real-time data about my own performance while fueling my competitive spirit.

I ordered the device after reading Tom Rath’s book Eat, Move, Sleep in late 2013. It’s a compelling, well-researched guide which asserts, among other things, that good health centers around nailing three things: eating right, moving enough and sleeping enough. Rath says 10,000 steps per day has been repeatedly shown to be about the amount of daily steps an adult needs to dramatically improve his or her long-term health. So, I got a Fitbit and vowed to walk 10,000 steps each day (I soon upped my daily goal to 10,100 after reading this must-read article by James Clear about the power of improving everything in your life by one percent).

In the years since I began tracking my daily activity – including steps, exercise, sleep, water intake, and sometimes meals – I’ve become a major Fitbit advocate. I’ve purchased the wearable trackers for about a dozen friends and family members. Despite my enthusiastic endorsements, many became part of the estimated 50 percent of people who stopped wearing them within a year. However, almost all of my entrepreneur friends have remained part of the Fitbit Faithful. I firmly believe that wearing a Fitbit makes me be a better business owner, and it can do the same for you. Here are five reasons why.

Brittany Hodak is the co-founder of ZinePak, a marketing agency that creates custom content projects for superfans, and Per Diems Against Poverty, a 501(c)(3) that makes it simple for pro athletes and entertainers to reallocate their contractual per diems to the 1 in 7 Americans struggling with hunger. She is a regular entertainment contributor to Forbes.