5 Ways to Profit From Investing in the 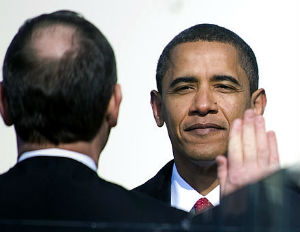 The stock market has gotten off to a rip-roaring start this year. And right now is the best time for you to invest.

By the end of last week, investors witnessed a series of milestones for major benchmarks. The Dow Jones Industrial Average crossed the 14000 threshold for the first time in more than a half decade. The broader S&P 500-stock index 5% gain in January resulted in the 12th best opening month since 1950, encouraging a number of analysts to predict a banner year. Moreover, individual investors are returning to the market in droves: According to TrimTabs Investment Research, U.S. stock market funds and exchanged-traded funds, or ETFs, had inflows of $36 billion in January, the highest month ever for such activity.

So what moved the market? Let’s take last Friday’s positive economic news. The government’s labor report showed that economy is growing at a steady but molasses-slow clip. It revealed that employers added 157,000 jobs in January and put more workers on payrolls in 2012 than previously calculated. Moreover, investor confidence has been bolstered by a rebounding housing market, a recovering manufacturing sector, robust auto sales, strong corporate earnings and a Congress that momentarily got its act together to forestall another debt-ceiling crisis – at least for now.

But the Obama economy is far from out of the woods. Although employers hired more workers, the unemployment rate rose from 7.8% in December to 7.9% in January. And although the rate for African Americans dipped slightly – from 14% to 13.8% -it so critical that civil rights leaders have urged Obama to renew his fight for passage of the American Jobs Act and develop a Marshall Plan for urban America.

Moreover, alarming reports earlier in the week revealed the economy shrunk for the first time since the height of the Great Recession. Commerce officials stated that gross domestic product – total output of all U.S. goods and services – contracted at an annualized rate of 0.1% for the fourth quarter of 2012, bringing the economy to a screeching halt after its 3.1% growth rate for the third quarter.

So as you start or fortify your investments, stay abreast of such developments to sort out this mixed bag to spot areas of opportunity. Keep in mind that today’s event-driven stock market will continue to be unpredictable. In fact, the S&P 500 responded to the commerce report with its biggest decline in a month two days before the chart-topping market rally.

We must not sit on the sidelines and miss out on wealth-building opportunities. For well over decade, the Ariel Education Initiative has found that most African American investors continue to save and invest far less than their white counterparts of similar incomes–whether they have an annual income of $50,000 or $250,000. But with super-safe vehicles like cash and U.S. Treasuries offering microscopic returns these days, equities are your best bet for long-term asset growth. For instance, a University of Michigan study revealed the average annual return of stocks over a 30-year period is 11.83%.

Here are a few pointers on how you can profit: