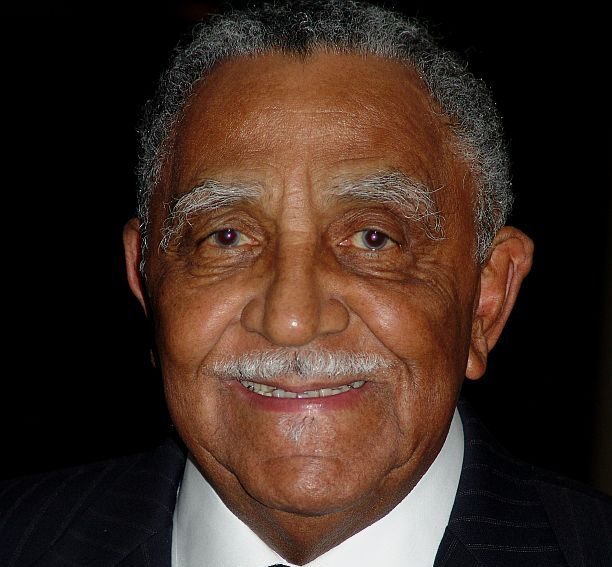 Rev Dr. Joseph E. Lowery, a revered civil rights icon and community organizer, died at the age of 98 on Friday. His family confirmed that he died peacefully from natural causes while surrounded by his three daughters, reports NBC News.

Born on Oct. 6, 1921, in Huntsville Alabama, Lowery spent his adolescence in Alabama and Chicago. After earning a bachelor’s degree at Paine College in Augusta, Georgia, he dedicated his life to ministry and the fight to end racial discrimination around the world.

Throughout his life, the ordained Methodist minister pastored three churches in Alabama and Georgia, worked as a former aide to Rev. Dr. Martin Luther King Jr., and spearheaded some of the most pivotal moments in the civil rights movement. His fight for equality continued into the 21st century.

Lowery’s work earned him several awards and honorary doctoral degrees. In 1997, the NAACP crowned him as the “dean of the civil rights movement” and presented him with a lifetime achievement award. In 2009, he received the Presidential Medal of Freedom, the nation’s highest honor, under then-President Barack Obama.

Tonight, the great Reverend Joseph E. Lowery transitioned from earth to eternity. Our thoughts and prayers are with his family. He was a champion for civil rights, a challenger of injustice, a dear friend to the King family.

Here are five ways Rev. Lowery altered the course of black history throughout his decadeslong dedication to fighting for civil rights.

After Rosa Parks was arrested in 1955, Lowery helped lead the Montgomery Bus Boycott with Dr. King.

“Born and raised in Jim Crow Alabama, preaching in his blood, the Rev. Joseph Lowery is a giant of the Moses generation of civil rights leaders,” Obama said about Lowery in 2009. “It was just King, Lowery and a few others, huddled in Montgomery, who laid the groundwork for the bus boycott and the movement that was to follow.”

In 1957, King and Lowery co-founded the Southern Christian Leadership Conference (SCLC), an organization devoted to human rights. Their work helped lead to the passage of the Civil Rights Act of 1964.

Lowery served as the organization’s vice president and chairman of the board. He went on to serve as SCLC president for two decades from 1977 to 1997.

Helped Organized the March on Washington

Lowery played a pivotal role in coordinating the historic 1963 March on Washington for Jobs and Freedom in Washington, D.C. The purpose of the march was to advocate for the civil and economic rights of African Americans.

Led the Selma to Montgomery March

Lowery led the Selma to Montgomery March in 1965 at King’s request. They were joined by thousands of nonviolent demonstrators as they marched to the capitol in Montgomery, Alabama, after a 5-day, 54-mile march from Selma, Alabama, to rally for voting rights.

Lowery co-founded the Black Leadership Forum, which played a key role in protesting apartheid in South Africa by pressuring businesses not to trade with the apartheid-era regime.

“He was a fierce advocate for voting rights and criminal justice reform, and led groundbreaking protests, including a boycott in the mid-1980s that persuaded the Winn-Dixie grocery chain to stop selling products from South Africa during apartheid,” said AFL-CIO President Richard Trumka in a statement to BLACK ENTERPRISE on Monday.