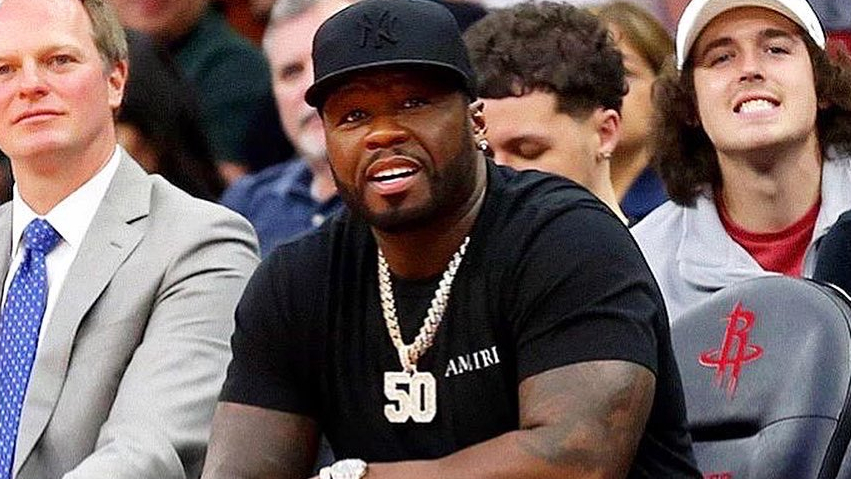 50 Cent joins an NBA team with a partnership!

The Houston Rockets announced that the rapper-turned-Hollywood-powerhouse 50 Cent had struck a deal with the NBA team.

Curtis Jackson (50 Cent) has signed a partnership with the basketball team through his premium wine and spirits company Sire Spirits L.L.C. The deal will showcase and sell Jackson’s award-winning Branson Cognac and Le Chemin du Roi Champagne brands. The spirits will be sold at Houston Rockets games and Toyota Center events with multiple themed bars, a branded luxury suite, and a courtside loge box.

“Since I moved to Houston in January 2021, the love shown to me by this City has inspired me to make a positive and long-lasting impact in the community. My investment in the Houston Rockets and their investment back into my charitable endeavors makes this partnership all the more special for me. I’m excited for what the future holds,” said Jackson in a written statement.

Sire Spirits will be a Presenting Sponsor of the Houston Rocket’s annual Black Sports Professional Career Fair, the annual Black History Night, and select fundraisers throughout the year.

The charitable work of 50’s G-Unity Foundation will be part of the partnership. The charity will work closely with the Rockets and the Clutch City Foundation on several community initiatives to enhance Jackson’s firm commitment to the City of Houston. This will include providing passes and tickets to Rocket games and events for parents and children who cannot afford ticket prices.

“In his time as a Houston resident, Curtis has demonstrated a strong passion for helping students in our under-served communities, which mirrors the continued efforts we have as an organization, making this a perfect partnership,” said Rockets President of Business Operations Gretchen Sheirr.

“Curtis’ business acumen and creativity have been well documented throughout his entertainment and entrepreneurial career, and we’re excited to bring Sire Spirits to Toyota Center for fans to enjoy at Rockets games and our wide variety of events.”