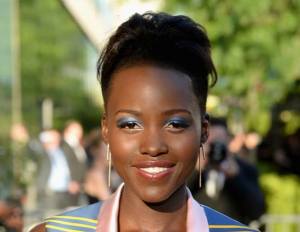 In 2014 women of color inspired conversations about issues that matter and shapedÂ culture around the world.Â Whether they turned messages into movements, influenced purchasing decisions or changed the way we think about race and gender, here’s a look at a few women who made headlines in 2014.

A Black Enterprise Woman of Power honoree and the first woman to lead a Fortune 500 company, Burns began her Xerox career in 1980 as an intern. Under her direction, the business process and document management company’s sales are nearly $23 billion. Beyond her power moves in the boardroom she’s triggered discussion around economic empowerment for women of color.

The creative force behind Shondaland–a trio of shows held on Thursday night, became the first black woman in Hollywood to create and produce a top 10 series with “Grey’s Anatomy.” Her second hit show, Scandal in its fourth season continued to not only dominate Television but Twitterspere ratings as well–inspiring 718,000 discrete tweets reaching 4.16 million Twitter accounts, numbers that smashed the competition. Shonda’s Thursday night takeover continued with How to Get Away With Murder, which had 21.1 million viewers during its premier.

Never one to shy away from critics, Shonda has driven culture and conversation beyond women of color. Throughout 2014, her intriguing and inspiring “words” traveled from on screen to off screen–from her empowering speech about the glass ceiling to her anecdotal commencement speech about how Millennial should approach life. If you’ve missed any of her quick witted responses to Internet trolls and the world around us, follow Rhimes on Twitter.

A transgender advocate and actress widely known as Sophia on Netflix drama Orange is the New Black. Cox graced the cover of Time magazine as the first transgender subject. Also, awarded Glamour Woman of the Year, she hosted The T Word, a documentary exploring the lives of seven trans youth. Laverne is on a mission to spread awareness about what it means to be transgender.

Although her last film Middle of nowhere, only cost $200,000 to make, according to Forbes, it won her the best director award at Sundance. With her civil rights movie Selma, a $20 million budgeted film, Ava DuVernay was nominated first African American woman nominated for Best Director Golden Globe.

The 31-year old red carpet glamour girl has experienced a spectacular year. From winning an Oscar in February 2014, for her role in 12 years a slave to gracing the cover of Vogue and sitting front row at fashion week, Lupita has sparked conversation about skin color and beauty. In addition to her power moves onset she signed on as the first black beauty Ambassador for French cosmetics and skincare company, LancÃ´me.

With few women represented in STEM-Science, Technology, Engineering and Mathematics careers, Kimberly Bryant founded Blacks Girls Code, aÂ San Francisco-based nonprofit, which focuses on teaching girls ages 7 to 17 computer programmingÂ and graphic design. Â Karen, listed as the “CNN 10 Visionary Women,” received a $190,000 from Google for her Initiative, “which will teach 75 black and Latina teens how to build a mobile app in one day, and won a $50,000 in the Windows Azure Developers Competition.

With the goal of reaching 1 million girls by 2040, in just three years, the program has reached nearly 3,000 girls through chapters in seven U.S. cities and held events in Johannesburg, South Africa.