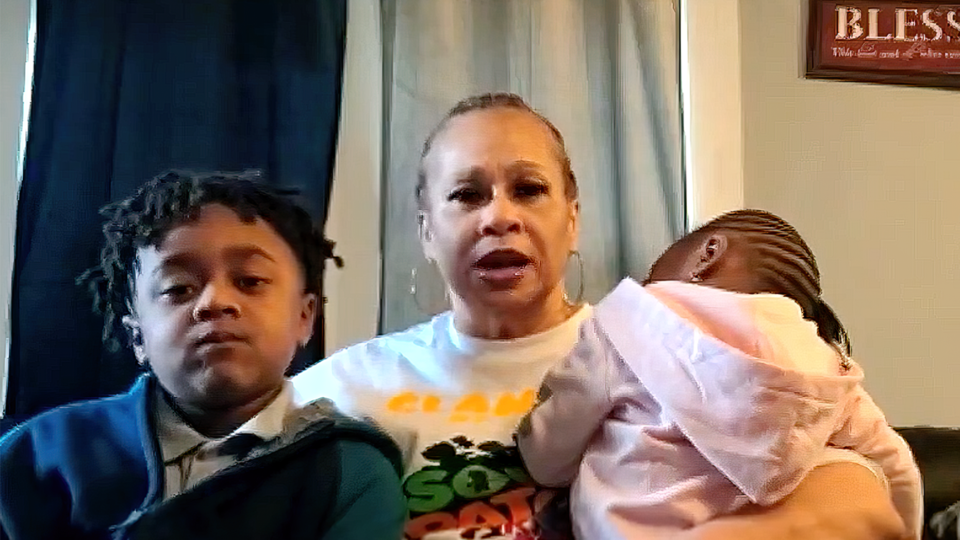 A 6-year-old boy who was hit by a car while saving his sister was hailed a hero after returning home from the hospital.

Kayden Reid was hit by a car last month in Mobile, Alabama after saving his two-year-old sister Kaycee after she ran into the street.

“My momma called me a hero because I saved my baby sister,” Reid told Fox 10 TV.

Thankfully, Reid only had a few scratches after the accident. He enjoyed a rewarding ceremony from the local firefighters celebrating his heroism.

“I had to go get her before she got ran over by the car,” he said. “But that’s when the car hit me.”

The Mobile Fire/Rescue came to the party and gave Kayden a tour of the fire truck and a front-row view from the driver’s seat. Kayden appropriately wore his Superman costume for the special event.

“Thank you everyone for watching me,” Kaylan said.

Kayden’s mother Kayla Giles, recalled the accident and how fast her 2-year-old daughter was moving when she darted into the street.

“By the time everybody else saw [Kaycee] in the street, Kayden was right there … He ran right into the street to save her. But in the process of getting her out of the way, he got hit by the car,” Giles told Fox and Friends.

“We’re just thankful that we have both kids [home and safe] today.”

“The family reached out to us after we had responded to the scene and after we transported him (to the hospital),” Millhouse said.

“He’s definitely a hero,” Millhouse said. “He’s got the heart of a hero.”

“But as a six-year-old young man, for Kayden to be able to recognize what was happening and to react the way he did … He’s definitely a beacon for our future,”