"666" on Tax Form Causes Christian Worker to Quit His Job 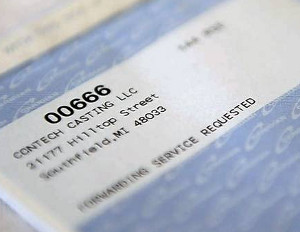 When Walter Slonopas, a maintenance worker at Contech Casting LLC, found the number 666 printed on his W-2 tax form, he quit his job.

The number 666 is commonly referred to as “the number of the beast,” and it’s often used as a symbol for the devil. Slonopas, a devout Christian, said after getting the W-2, he couldn’t continue working at the company.

“If you accept that number, you sell your soul to the devil,â€ he said.

Bob LaCourciere, VP of sales and marketing for the parent corporation that owns Contech Casting, said the W-2 was labeled with 666 by the service that handles Contech’s payroll.Â  The number referred to the order in which the forms were mailed out, he said.

The company plans to mail out a new W-2 form as well as rehire Mr. Slonopas, but he says he won’t take them up on their offer. Even though Slonopas has no plans on suing anyone, going back to Contech would send the message that he sold out his faith for money.

“God is worth more than money, ” he said.