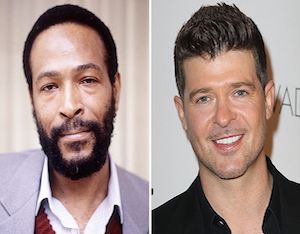 According to reports, jurors found in favor of the family of Marvin Gaye in a case that involved copyright infringement in the 2013 hit song “Blurred Lines” by Robin Thicke and Pharrell Williams. It awarded nearly $7.4 millionÂ to Gaye’s children.

Williams and Thicke, artists on the track, will have to pay, while the record company and rapper T.I. will not. They were found to be without fault.

The verdict was found after a case that lasted months and examined similarities between the song and the legendary soul singer’s 1977Â hit, “Got to Give It Up.”

The jurors began deliberating Thursday afternoon and came to a decision by evening.

In November 2014, the pair lost the first round of the lawsuit when a California judge denied Thicke and Williams’ motion for summary judgement, citing that there was enough evidence to move forward with the case. U.S. District Judge John Kronstadt wrote in his disposition that the “defendants have made a sufficient showing that elements of ‘Blurred Lines’ may be substantially similar to protected, original elements featured in Marvin Gaye’s ‘Got To Give It Up,’â€

Also, according to reports, “Blurred Lines” raked in a total of more than $29 million—$5.6 million for Thicke, $5.2 million for Williams and another $5 million to $6 million for the record company, as well as an additional $8 million in publishing revenue.