7 African American Mayors Under the Radar 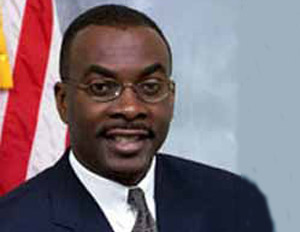 We’ve all heard of the career-killing misdeeds of former mayors Kwame Kilpatrick and Sheila Dixon. Once the media got hold of their stories, they became household names. At the other extreme of national attention is a superstar like Cory Booker.

But of course, the landscape of African-American mayors is wider than that. The Atlanta Post rounds up seven municipal leaders that, although are overlooked by the national spotlight, have earned distinction (not all good) in their respective communities.

Mayor Byron Brown: Mayor Brown, a Democrat, started off slow in the violent and cold city of Buffalo. With a campaign focused on abolishing crime and poverty, Brown made efforts to be a part of Buffalo’s firearms solution, helping the city’s homicide rate plummet 20 percent. His secondary problem, poverty, forced him to set aside funds for demolishing abandoned buildings and clean up trash. With Brown persuading the city to install cameras on street corners, Buffalo’s murder rate shot down 50 percent by early 2009. Controversy has also surrounded this mayor, as well as his aides and business partners, but no charges have been filed.