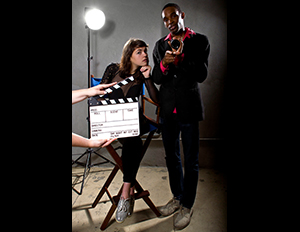 It’s year two of the National Black Programming Consortium 360 Incubator and Fund. Seven more projects have been picked to compete for up to $150,000 in developmental financing. The nation’s only nonprofit dedicated solely to media content about the black experience launched season two of its funding initiative, which is dedicated to helping independent producers.

“The 360 program harnesses the experience and insight of seasoned independent filmmakers, committed public media executives and funders of diverse voices to support the vision of a talented producer,â€ says NBPC Executive Director Leslie Fields-Cruz. “The success of the previous 360 cohort speaks to the strength of the program, so we are extremely excited about helping the next cohort realize their projects.â€

Pipelining Stories About the Black Experience

The 360 incubator was designed to identify innovative storytellers and to pipeline their stories about the black experience. The seven 360 fellows will participate in a two-day boot camp followed by a six-week incubator. Under the mentorship of experienced producers, the storytellers will hash out their projects from story idea to budget to measuring impact–and everything in between, according to a press statement.

The work is all in preparation for Pitch Black, NBPC’s pitch session in front of a panel of public media and industry executives plus a live audience of funders, distributors, and production companies, as well as public television stations interested in hosting a project through pilot development.

Teams will be evaluated on their market/audience research, technical and artistic merits, relevance, team capacity and suitability to the broadcast venue. Last year’s pitch event included network executives from PBS and WNET as well as HBO, A&E, Fox, and BET.

Among the seven project finalists is a broadcast series that explores the often-secret world of skin bleaching, unmasking what drives people to lighten their skin. “So Young, So Pretty, So White,â€ produced by Chanelle Aponte Pearson and Christiana Mbakwe, weaves the stories of several compelling men and women from across the globe. The series delves into the lives of those who adhere to the practice–the lure of lighter skin and the challenges to sustaining it–and exposes multinational corporations who exploit regional discrimination against people with darker skin tones.

“We are so excited to nurture these new voices and introduce their creative, thought-provoking stories into the national conversation on mass incarceration, gentrification, health, color politics, African American culinary traditions and history and literature,â€ says NBPC Director of Programs and Acquisitions Kay Shaw. “We are looking forward to the impact these producers will have on public media and mainstream media for years to come.â€