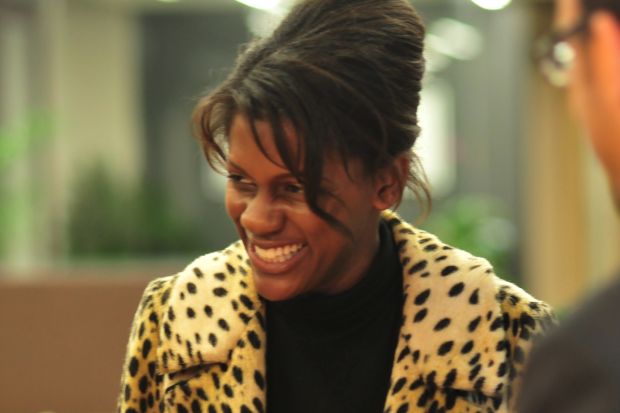 These venture capitalists are not only some of the top investors in the investment community but many of them are committed to spending dollars with black-owned companies. Below are their names and some highlights of companies they’ve invested in.

Venture partner at 500 Startups. Highlight investments include Blavity, Roho, and Win-Win. This firm caught fire earlier this year when their founder, Dave McClure was accused of sexual harassment. Since the accusations surfaced, he’s exited the company and it seems that the team has been able to move full steam ahead without a hiccup in sight. Woodard is committed to investing in black and Latino entrepreneurs.

A partner at GV. Highlight investments include Walker and Co., AirTime, and LendUp. Prior to taking on the role at GV, Toney was a partner at Comcast Ventures where he led the Catalyst Fund, a fund committed to investing in seed stage companies ran by entrepreneurs of color.

Partner at Y Combinator and CEO of its accelerator program. Highlight investments include Jopwell, Walker and Company, and Flip. Siebel is the original co-founder of Justin.tv alongside, Justin Kan. Seven years after the launch, Justin.tv was rebranded as Twitch Interactive and under new leadership, the team eventually sold the company to Amazon for $970 million.

Founder and managing director at Base Ventures. Highlight investments include Pigeonly, Blavity, and Flip. His partner, Kirby Harris, is also a well-known African American investor. Additionally, Michael Seibel holds a position as venture partner at Base Ventures.

Founder and managing partner of Backstage Capital. Highlight investments include ShearShare, Blendoor, and On Second Thought. Hamilton has made a massive commitment to solely invest in underrepresented founders. To date, Backstage Capital has invested more than $2M in 50+ companies.

Founder of Kapor Capital and Kapor Center for Social Impact. Mitch Kapor shares the business with his partner and wife Freada Kapor Klein. Highlight investments include Hingeto, Kairos, and Uncharted Play. The two have made a pact to only invest in founders who have made a commitment to diversity themselves.