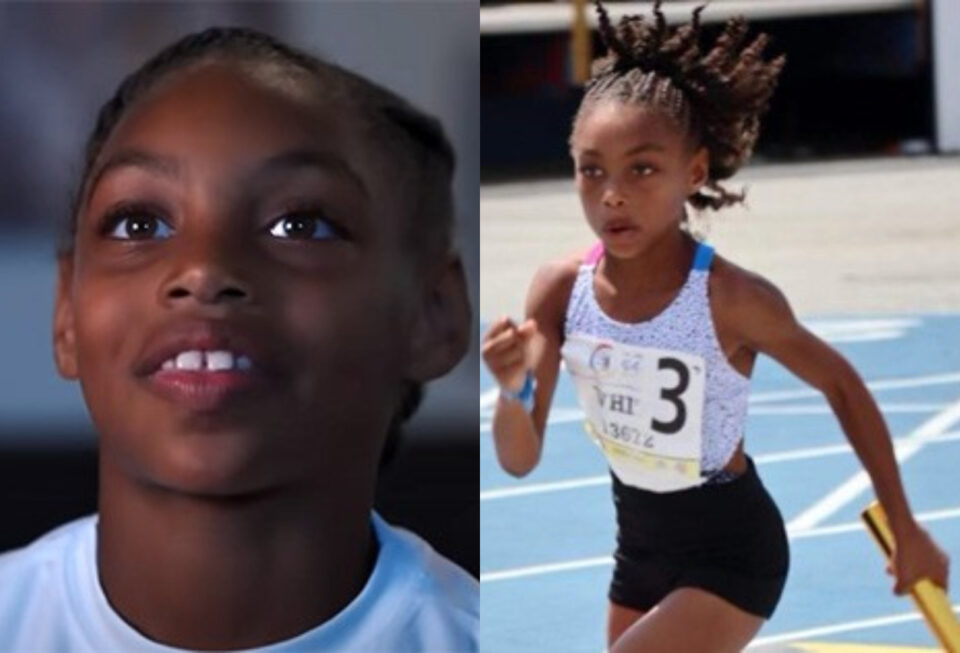 Dakota White, a seven-year-old African American girl from Dallas, Texas, is making history as the fastest kid in the nation. She recently set a new national record for the Junior Olympics.

Earlier this month, Dakota and her teammates with Xpress Track Club in Fort Worth set a new record in the girls eight and under 100-meter relay at the AAU Junior Olympics. Dakota, who finished her part in 59.08 seconds, also set a new national record.

Prior to that, Dakota caught national attention last year when Tiktok videos of her running in a track competition went viral.

Dakota started training when she was just three years old with the guidance of her father Cam White, who was a former TCU wide receiver.

“She just had form, like crazy form. It wasn’t fast, but her form was already perfect. So then as she progressed, we started getting her different trainers,” her father told Fox 4 News.

Since last year, Dakota has won in all the competitions she has joined.

Moreover, Dakota continues training hard without skipping a day even in the heat of the summer. Her father said she always makes sure to hydrate a lot and take a balanced diet.

“Cut down on different snacks and foods, eating pretty healthy. As a kid, you know they like to eat a lot of junk food. Don’t get me wrong. I didn’t take a lot away from her, but we limited what she could eat,” he said.

Dakota is happy about her achievements, which included her newest gold medal from the Junior Olympics.