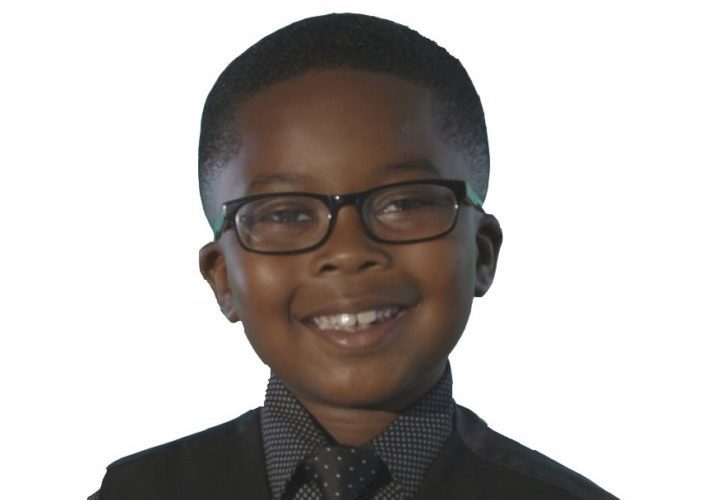 Nicholas Buamah is a typical second grader who loves playing chess, tennis, and basketball. However, when he’s not playing sports or cheering for his favorite team, The Golden State Warriors, he’s busy autographing and selling his book.

The 7-year-old Georgia native is the author of Kayla & Kyle The Walking Dictionaries: Election Day, an animated book that helps elementary-aged school children build their vocabularies. In addition to being sold at Barnes & Noble and on Amazon, the book has been added to the Library of Congress catalog.

Buamah’s mother, Danielle, says the concept for the book sparked from an idea she had to help her son build his own vocabulary. “I developed the character of Kayla when Nicholas was younger to help teach him expanded vocabulary,” she said in a statement. “After being praised by his first-grade teacher for using the word ‘collaborate’ during his first week of school, I asked Nicholas what he thought about writing a book to help his friends expand their vocabularies. He thought it was a great idea, as long as one of the main characters could be a male figure, and that’s when he created Kyle.”

Buamah made his first public appearance at a book signing on Dec. 15 at the Barnes & Noble in Snellville, a suburb of Atlanta, which he said was a “phenomenal” experience, his mother told BLACK ENTERPRISE. “He sold out in one hour and people kept coming in the store afterward, requesting a copy so much that Barnes & Nobles invited him back,” she added.

A Bright Future Ahead

The book is just the first edition in The Walking Dictionaries series. Volume 2 is scheduled to be released in Summer 2019. Ultimately, the young author wants to have his book available in every elementary school library in the country. He also aspires to one day attend the prestigious Massachusetts’s Institute of Technology (MIT) and become a mechanical engineer.