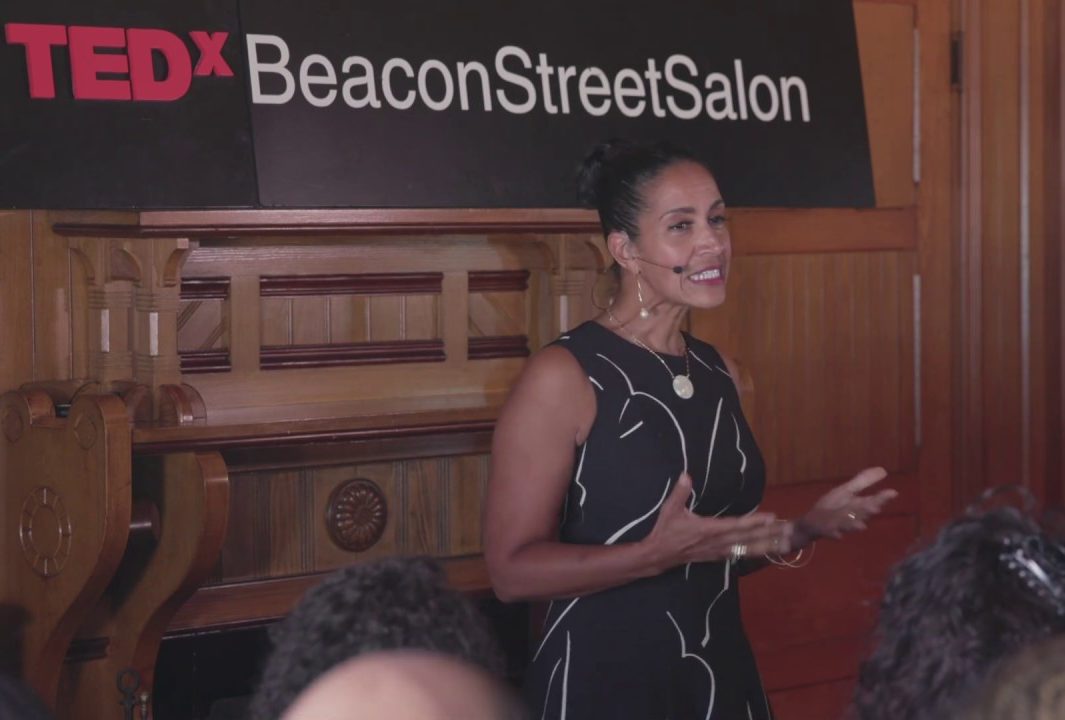 The year is winding down and as I take my inventory of goals achieved, abandoned, or rolled over to next year, I’m especially satisfied with one big checked box: I finally did a TEDx Talk.

As someone who does public speaking regularly, you might think the idea of TED was no biggie to me. Just another speech, right? Uh, wrong.

I was deeply intimidated by the idea (1) Because it will live online FOREVER. (2) Because it’s typically LIVE—no notes, no teleprompter. (3) Did I mention … FOREVER? Call me a commitment phobe, but that eternity piece is scary.

Despite my fear, an affiliation with TED offers a sort of seal of approval on your brand, a  bit of credibility you can leverage. If you make any part of your living as a speaker, a lack of TED in your life feels akin to a skills gap.

The good news is, the risks are relatively small and if your talk takes off, it could be the most efficient work you’ll ever do. The most successful TED Talk of all time was a lighthearted riff by a British neuroanatomist, on whether schools kill creativity. To date, it’s been viewed 63,284,949 times.

The distinction for the longest standing ovation in TED conference history goes to civil rights lawyer Bryan Stevenson, who delivered an 18-minute talk in 2012 about the power of identity. To date, more than 6 million viewers have watched it online and Stevenson has said his nonprofit Equal Justice Initiative received about $1 million from those who attended the live speech alone. It may not have been his goal, but almost eight years later, the video continues to serve as a powerful fundraising vehicle for Stevenson’s work.

My “The Power of Belonging” TEDx Talk goals were simple. (1) I wanted to communicate clearly (2) I wanted to move people to embrace the importance of belonging—because, as corny as it sounds, I believe that if we all thought more, cared more, and worked harder to create a world where everyone feels they belong, everything that most divides and conquers progress on a daily basis would change for the better. (3) I wanted to feel good about it when it was over, a.k.a., I didn’t want to mess up and then be able to revisit my embarrassment, forever.

There are books on how to nail a TED Talk. There are even TED Talks on how to give great TED Talks. They all say pretty much the same thing: Attempt to touch people with something unique that they won’t forget. Breaking that down, there are about eight fail-safe steps:

2.      There are sermons, lectures, powerpoint presentations, and straight talks. Your goal is to tell a vivid story.

3.      No matter how serious the topic, be conversational, casual, chill.

I add this trio of tips that were key to me leading up to my TEDx Talk:

1.      Over-prepare. Weeks ahead, I knew anxiety was my enemy. It was going to keep me up at night, fretting and sweating until I had my talk written out and was fully satisfied. Whatever mode of preparation works for you, be sure of exactly what you plan to say well ahead. I refined, rehearsed, and memorized every word. Did I rigidly stick to my script? No. But I had it down, and that was key.

2.      Phone a friend. TEDx usually assigns a mentor or small group of knowledgeable people—let’s call them TEDdies—who will help you. I gratefully used them and took their advice, but I also leaned on two close, discerning friends of my own. A few times. On the phone and in person. You don’t want to find out in the midst of your big moment that your big joke or reveal is a big, fat fail.

3.      What will you wear? TED is notoriously casual and they offer little advice on the matter other than standard broadcast news fashion tips like don’t wear plaid or busy patterns; don’t wear grey or blindingly bright colors. I was so focused on the speech that I honestly didn’t put much thought into my look—and it shows. If my biggest flubs were in the fashion lane, I can live with that. Until next time!