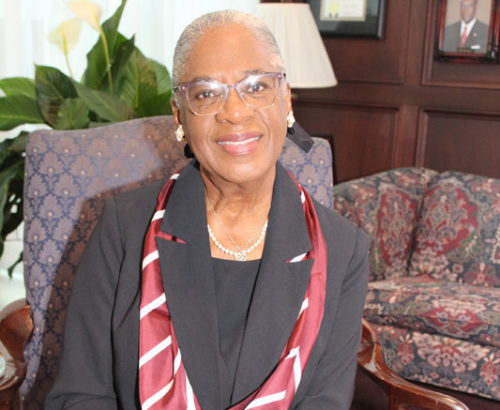 It’s true that it’s never too late to learn! An 80-year old woman received her college degree and in doing so, she became the oldest person to obtain a degree in social work reports The New York Amsterdam News.

Donzella Washington fulfilled her late husband’s dreams of her obtaining her college degree. She and her husband fostered 30 children and many of them grew up to become professionals including an attorney, a radiation technologist, and a professor. After her husband died, Washington moved to a metro Birmingham, Alabama, suburb to live with her daughter and started to take a few classes at HBCU Lawson State Community College campus in downtown Birmingham. The college has a satellite program that Alabama A&M University (AAMU) operates. After six years, she earned a degree in social work and graduated Magna Cum Laude with a 3.69 GPA.

“When I began this journey it was just because I wanted to go back to school, it was something I wanted to accomplish,” Washington told Rocket City Now. “So at this moment it’s just overwhelming you know, the attention.”

She went on to say, “I want to inspire young people and even adults, to let them know that age [is just a number], because I’m 80, but I don’t know what 80 really feels like,” said Washington. “It’s never too late. You have a dream, please finish that dream. You can do it. You just have to believe in yourself.”

“She is such a great example of commitment and strength and perseverance and dedication and compassion and passion, she exhibits all that,” said Washington’s daughter Kimberly Washington. “That’s what I learned most is to really show love and appreciation and have fun with those that you love the most. So I’m just glad that she’s reached her goal and has let me experience this time with her.”

Washington says she might not be done yet and her age isn’t stopping her. She’s considering continuing her education and obtaining her master’s degree. “I feel like with the help of God who has brought me this far, that I will be able to accomplish and obtain my master’s degree.”