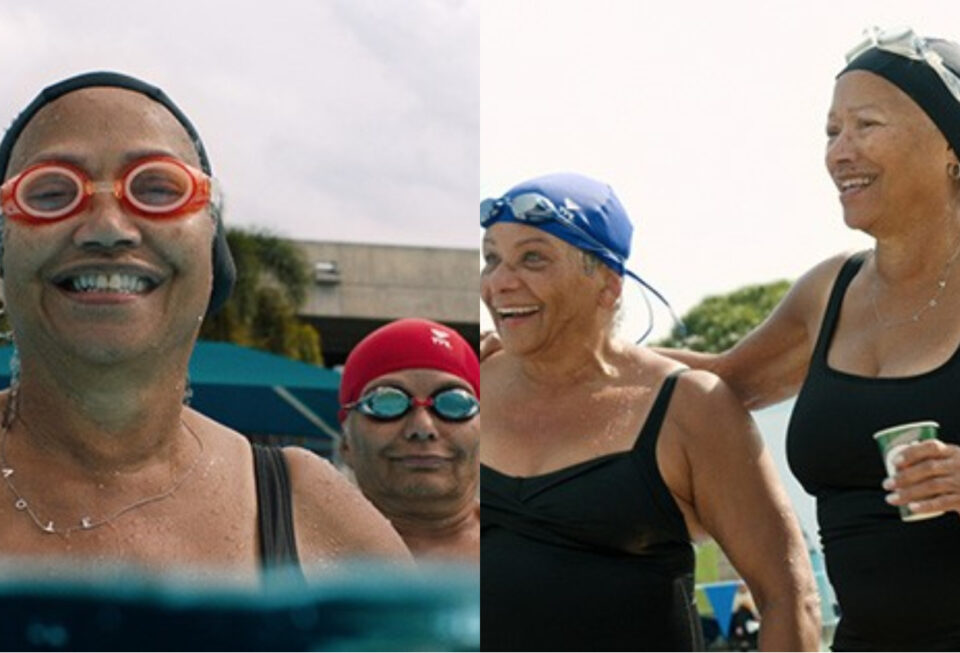 Ann Smith (age 82) and Madeline Murphy Rabb (age 77) are two African American swimmers who competed in the 2022 National Senior Games and were the only Black women to compete in their age group.

A documentary short called Team Dream from award-winning filmmaker Luchina Fisher follows their story and will debut at Martha’s Vineyard African American Film Festival in August (and then on BET in the fall) thanks to Procter & Gamble’s initiative Widen the Screen and Queen Collective.

Despite being omitted from the history books, Africans and African Americans have a long history of swimming. Team Dream sheds light on the lack of access to pools for Blacks during segregation that resulted in fewer Blacks learning how to swim.

Luchina Fisher is an award-winning writer, director, and producer whose work is at the intersection of race, gender, and identity. She can discuss why this film is important to her, how she found Ann and Madeline, and the importance of breaking down the stereotype that “Blacks can’t swim.”

About Widen the Screen

Widen The Screen is an expansive content creation, talent development, and partnership platform that celebrates creativity and enables Black creators to share the full richness of the Black experience.

“Only when we Widen The Screen to Widen Our Views can we all broaden the spectrum of images we see, the voices we hear, the stories we tell, and the people we understand.”

In 2018, Procter & Gamble, Queen Latifah, Flavor Unit Entertainment, and Tribeca Studios launched the Queen Collective, a mentoring and talent development program designed to give women filmmakers of color a platform to share important stories from their unique perspectives. Now in its fourth year, the Queen Collective is enabling a record number of female directors and other creatives to produce their original documentaries and scripted pieces to share their perspectives through film.