82 Girls Have Reportedly Been Released By Boko Haram 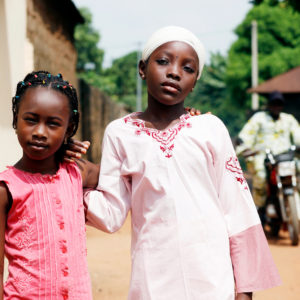 82 of the hundreds of girls abducted by Boko Haram in 2014 have been released, according to officials.

The girls were released via negotiations between the Nigerian government and the terrorist group, reports Reuters. An official told the AP that the girls were located near Banki in the state of Borno.

The number of girls hasn’t been officially confirmed, however multiple outlets are reporting that they were turned over to the Nigerian military. Bashir Ahmad, an assistant to Nigerian President Muhammadu Buhari, tweeted yesterday (April 6), “Alhamdulillah! This is a very very good and exciting news. More victories for Nigeria. Huge numbers. #OurGirls!â€

In exchange for their release, five detained and suspected commanders of Boko Haram were freed, according to the Nigerian government.

The dozens of newly-released girls are among the 276 (aging from 16 to 18) who were taken from their beds at a boarding school in Chibok, Nigeria in April of 2014.

Last October, 21 of the girls were freed, also a result of negotiations. Some of the others kidnapped broke free and were found. Currently, there are 113 girls who still remain missing.

This article was written by Paul Meara and originally appeared on BET.com.