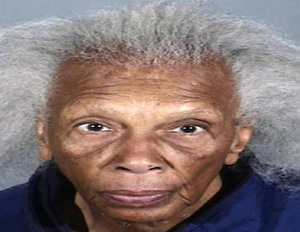 Doris Thompson is a career criminal and she has the rap sheet to prove it.

The 82-year-old woman who has committed crimes dating back to 1955, has not stopped yet. Thompson was arrested again last week in California for a string of burglaries in Torrance.

Thompson allegedly stole $17,000 in numerous robberies similar to the last heist she pulled and plead guilty to in February 2010 at the age of 80.