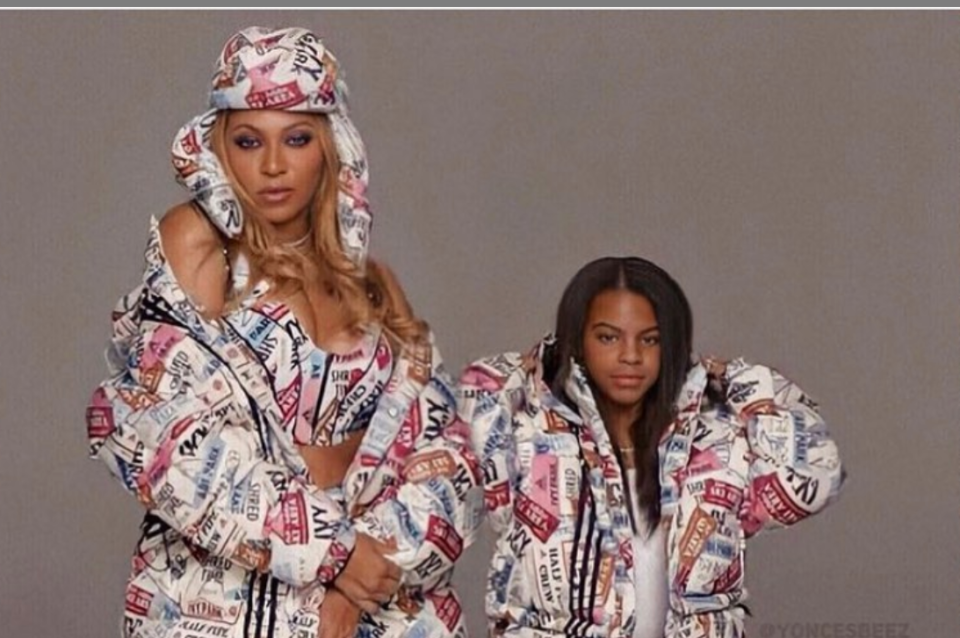 Blue Ivy starts her feature with these powerful lyrics: “Brown skin girl, your skin just like pearls, the best thing in the world, never trade you for anybody else.”

Blue Ivy Carter is the daughter of Beyoncé and Jay-Z. She was featured in the Brown Skin GIrl video in August 2020 along with WizKid and Saint Jhn. It was released weeks after Beyonce shared her visual album, “Black is King”, with the world.

Beyoncé shared the inspiration behind the video with Good Morning America. “It was so important to me in ‘Brown Skin Girl’ that we represented all different shades of brown. I wanted every character to be shot in a regal light. Jenn Nkiru came up with the Black debutantes…It was important that we are all in this together and we’re all celebrating each other.”

This isn’t the first award Blue Ivy has won and it most likely won’t be the last. She’s following in her family’s footsteps and making her mark in the entertainment industry.

At 8-years-old, Blue Ivy won her first BET award in June 2020 for Brown Skin Girl. She received the 2020 BET Her Award. The Hollywood Reporter shared that Blue Ivy was the youngest winner in BET history.

In February 2020, Blu Ivy won her first official award at the 51st NAACP Image Awards. She was recognized in the Outstanding Duo, Group or Collaboration category.

At the age of 7, Blu Ivy won the Ashford & Simpson Songwriter’s Award at the 2019 Soul Train Awards.

Blue Ivy is building an impeccable resume that is similar to her parents. Although Beyoncé did not perform at the Grammy’s, she received the most nominations going into the ceremony. Queen Bey earned a total of nine nominations.