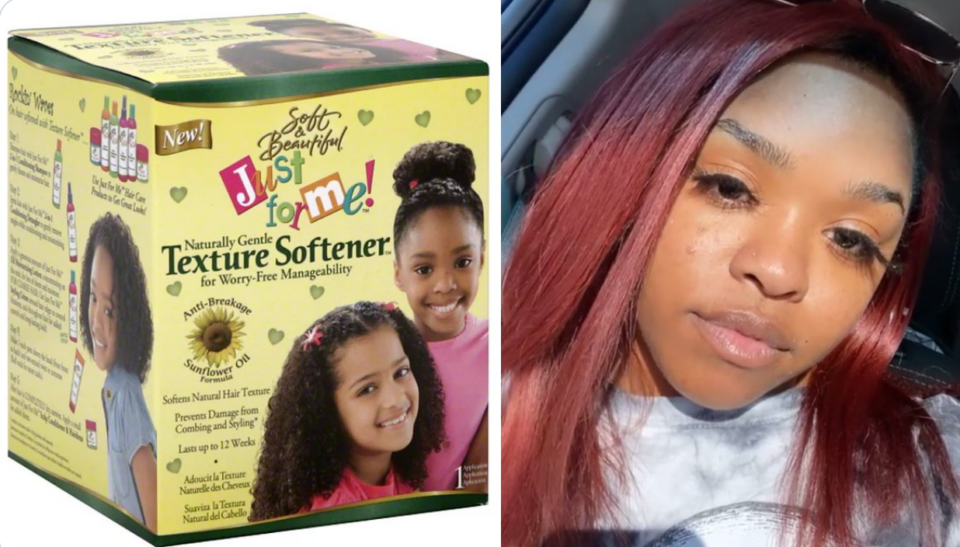 Young Black hair models from the 90s and 2000s who graced the advertisements for at-home relaxers were recently found by Black Twitter and some of the girls revealed they never had to actually perm their hair.

Twitter users gasped when the Black girls from the famous relaxer boxes revealed where they are now, along with some secrets about their experiences. The girls who modeled for popular brands like Dark & Lovely, Just For Me, and Kid’s Organics chimed in on a viral request from a user who reposted a collage that was created of the girls, tweeting, “Where are these girls today? Show yourselves.”

The tweet gained a lot of traction as the Black women trickled in to reveal their present selves beside their young relaxer-box photo, including 23-year-old, J’Nai Jones, who modeled for African Pride’s Dream Kids line.

In an interview with Allure, she revealed that she’s still a recognizable face to this day after winning a local photoshoot contest that landed her the deal with the brand.

“After seeing all the commotion on Twitter about how little girls wanted to look like the girls on the box, it makes me happy that I was one of those faces,” Jones said.

“Growing up, it can be hard to see models, TV shows, and commercials with people who look like you and are considered beautiful, so I am glad I got to contribute to that.”

According to the outlet, some of the models shared that they never had to use the actual relaxer on their own hair during shoots for the advertisements. Instead, hairstylists added extensions, used mousse, or performed a silk press to achieve the desired look. In other cases, girls who already had naturally loose coils were often cast for the advertisements.

“When I shot the campaign, I actually did not have a relaxer,” Shiyenn Scott, one of the faces on the Kids Originals Hair Softening System box, told POPSUGAR in an interview.

“I did not have any kind of chemicals or treatments in my hair—I’ve still never had any besides keratin.” Instead, the secret to her look was water. “The stylist used mousse and water to keep the curls defined sans frizz,” Scott says. “Then she just used a blow-dryer on low heat to dry my hair, allowing my natural volume to shine.”

Upon learning the shocking secrets, some users jokingly called out for a lawsuit against the alleged false advertisement. However, people are amazed to finally see some of the Black women behind the famous faces of the relaxer-box girls.