93% of Black Lives Matter Protests Have Been Peaceful, Report Says 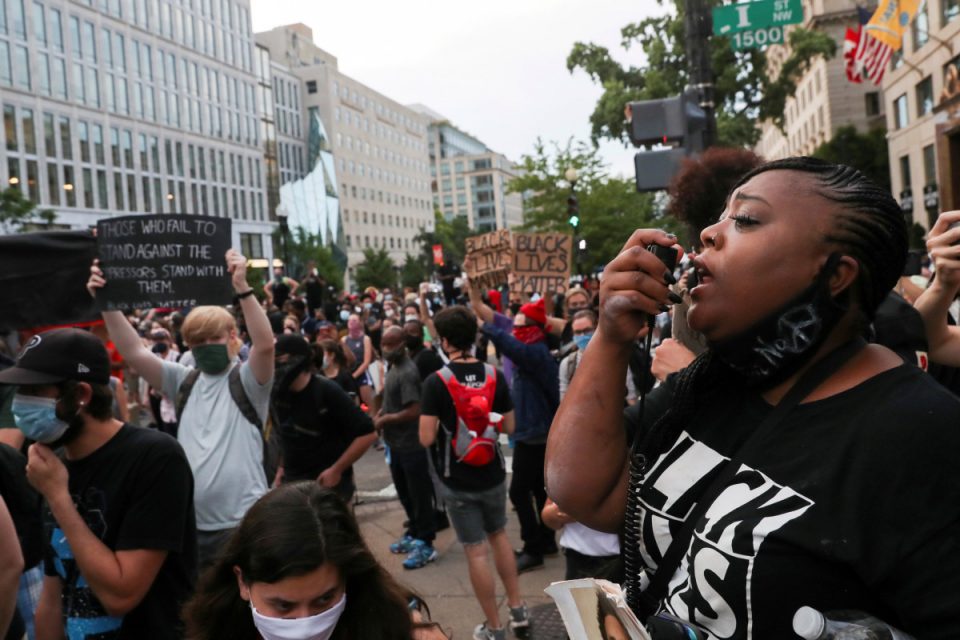 Protesters line up and speak at a rally. (Image: Twitter/@NYPost)

The Black Lives Matter protests have polarized the country with thousands coming out to call for justice for those killed by police officers and to end racial injustice. Many have criticized demonstrations for leading to businesses being looted and violent confrontations with law enforcement officials. A recent poll showed that 42% of people believed most protesters associated with the Black Lives Matter movement were trying to incite violence.

However, a new study contradicts those claims and proves that most protests have been peaceful.

According to a new report by Armed Conflict Location & Event Data Project (ACLED), more than 93% of Black Lives Matter protests have been peaceful after analysis of more than 7,700 demonstrations held throughout the 50 states and Washington D.C since the death of George Floyd in May of this year.

“While the US has long been home to a vibrant protest environment, demonstrations surged to new levels in 2020,” the report says. “Between 24 May and 22 August, ACLED records more than 10,600 demonstration events across the country. Over 10,100 of these — or nearly 95% — involve peaceful protesters. Fewer than 570 — or approximately 5% — involve demonstrators engaging in violence. Well over 80% of all demonstrations are connected to the Black Lives Matter movement or the COVID-19 pandemic.”

In the report, violent demonstrations are outlined as “acts targeting other individuals, property, businesses, other rioting groups or armed actors.” Their definition includes anything from “fighting back against police” to vandalism, property destruction looting, road-blocking using barricades, burning tires, or other materials. In cities where protests did turn violent—these demonstrations are “largely confined to specific blocks.”

The project also highlights authorities using excessive forcing citing that police officers have “disproportionately used force while intervening in demonstrations associated with the BLM movement, relative to other types of demonstrations” while referencing instances of police cars being rammed into a crowd or attacks tied to hate groups.