Power in the Boardroom: Registry of Black Corporate Board Members [2018] 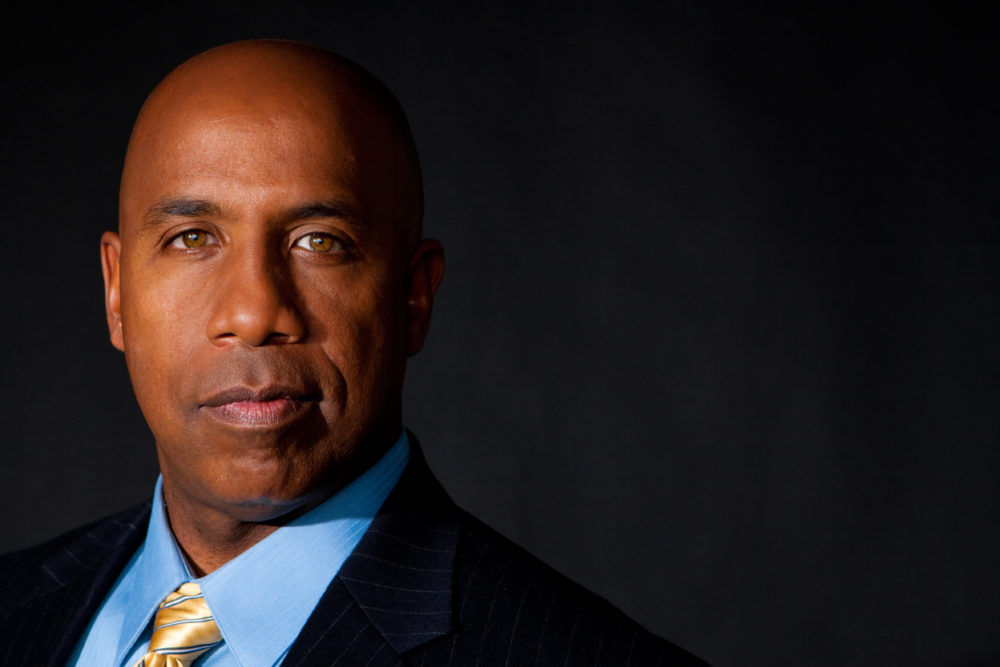 Roughly 25 top professionals—a group that included leading corporate executives, major tech financiers, and one former high-ranking official from the Obama administration, among others—gathered at Deloitte University, an expansive complex in bucolic Westlake, Texas. Across a stretch of three hot, humid days in late June, they participated in the firm’s Board Leadership Forum, where Antoinette “Tonie” Leatherberry, a principal of Deloitte’s Risk and Financial Advisory Practice and Board Relations Leader, maintained that the invitees would gain “insights from current chief executive officers, corporate directors, and global thought leaders who will explore what it takes to ascend to leadership on corporate boards.”

Hosted jointly with the Executive Leadership Council’s Next Generation CEO Academy under the theme, “Moving The Boardroom Diversity Needle,” the event provided the group with topflight networking and a series of intensive, candid sessions featuring topics such as board leadership positioning, overseeing cyber risk, tough boardroom conversations, and one focused on being “unapologetically black.” Moreover, attendees had the opportunity to receive valuable lessons on how to navigate corporate America at the highest levels through insider chats with Cynthia Marshall, CEO of the Dallas Mavericks NBA franchise; Marvin Ellison, the recently installed CEO of home improvement retailer Lowe’s Corp., and Lisa Wardell, president and CEO of Adtalem Global Education and the only black female chief executive among the honchos of the 1,000 largest publicly traded corporations.

The Forum came at a major crossroads in the debate over inclusive corporate governance and senior leadership. As indicated in a 2017 Deloitte survey to “provide a window on board diversity,” there is still much work that needs to be done. The conclusions from the study produced somewhat of a paradox: Although the study revealed that more than 90% of directors indicate that they want greater diversity, approximately half of the surveyed corporations “lack a clear process for recruiting candidates with diverse skill sets or new perspectives.” And despite the fact that more than 90% of the respondents cite that greater board diversity would improve innovation, disruption, and overall business performance, only 16% view lack of diversity among the top challenges in enlisting new board members or succession planning. The Deloitte survey further states that “many boards seek qualified members by tapping pools of C-suite executives and directors but this doesn’t necessarily generate diversity and may work against it.”

The survey results as well as the ongoing research and initiatives by such groups as ELC, the preeminent organization for black senior executives across the globe, and Black Corporate Directors Conference, the annual confab of more than 250 black directors held in early September, underscores why expanding the pipeline is so vital to the progression of African Americans in corporate America.
This report on boardroom power further explores this vexing issue. Over the past six years, Black Enterprise has identified African Americans who serve on the boards of America’s largest publicly traded corporations. As part of our examination, we have, for the second time, reviewed the entire universe of Standard & Poor’s 500 companies to gain a more thorough assessment of boardroom diversity. As such, we have witnessed an expansion in the membership of African American board members who comprise our exclusive Black Enterprise Registry of Corporate Directors. Our series of lists—companies with black board members; corporations without black board members; and those with multiple black directors—serve as a vital part of our barometer on the state of inclusive corporate governance. That’s why we have devoted 20 pages to this report. 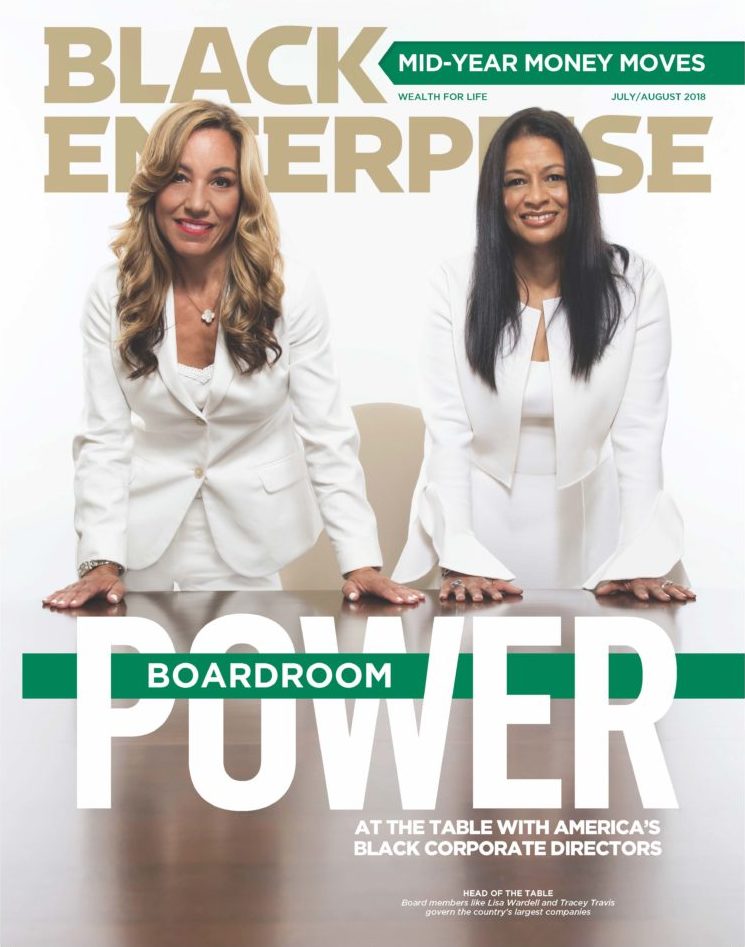 We have identified Registry members who continue to make significant contributions as brilliant fiduciaries of shareholder value. On this year’s listing, there are 308 African Americans sitting on the boards of 316 companies—63% of the Index—versus 292 African Americans as corporate directors of 303 companies—61%—last year. We found that 187 companies, or 37%, of the S&P 500, did not have any black board members compared to 197 companies, or 39%, in 2017. These figures demonstrate a slight improvement.

To further illuminate this trend of the installation of multiple black directors, take Salesforce.com. When be first developed our report in 2013, the company was among the large numbers of Silicon Valley-based tech firms without a single African American occupant of a board seat. Today, it has three high-powered black board members: Former Secretary of State Colin Powell, Gilead Sciences CFO Robin Washington, and Kaiser Permanente CEO Bernard Tyson. In essence, the staffing solutions company was focused on gaining the divergent views and experiences critical to making it more innovative and competitive in its space. To bring attention to this tendency, this year we are recognizing those companies with two or more black board members.

Seeking to Expand the Diversity Pipeline

In recent years, we have also discovered the emergence of young, dynamic board members appearing on our roster like Stacy Brown-Philpot, CEO of online temp help service TaskRabbit, who can be found on the boards of HP Inc. and Nordstrom; Leslie Hale, EVP, COO, and CFO of RLJ Lodging Trust, who serves as a corporate director for Macy’s; Christopher Young, CEO of security software firm McAfee, and a board member of American Express; as well as our two cover subjects, Tracey Travis, CFO of Estée Lauder Cos., who is a corporate director for Accenture; and Adtalem Global’s Wardell, a board member of home improvement retailer Lowe’s Corp. (See profiles of Travis and Wardell in this report.) Given their age and acumen, they represent a group that has the longevity to impact the growth, direction, and diversity of major corporations for a generation.

But what still remains a challenge is the credentials required by a majority of today’s nominating committees: Most seek new members who have served in C-suite positions with P&L responsibilities, preferably at the CEO level. With the continued shrinkage of African Americans holding those positions—in our previous package on the 300 Most Powerful Executives in Corporate America, we found a good number in legal and HR posts—many have quickly realized the pipeline is clogged for African American ascension to board representation and executive leadership of major corporations. “Having blacks on boards is critical,” asserts Wardell, a Lowe’s board member who helped select former J.C. Penney CEO Ellison to take the helm of the retailer. “People need to understand that it’s the board that selects the CEO.”

Such board representation remains critical to seed the field of potential CEOs as well. For instance, Wardell was chosen CEO of Adtalem Global two years ago, gaining consideration after her eight-year board service with the company. And another be Registry member, Arnold W. Donald, was named CEO of Carnival Corp. in 2013 after deliberating issues as a long-time corporate director of the world’s largest cruise company.

Addressing the pipeline conundrum will not be easy. In Black Enterprise’s last interview with Kenneth I. Chenault as chairman & CEO of American Express, we asked for his take on this issue a month before his departure dwindled the ranks of black S&P 500 chief executives. “We have a long way to go. As I’ve said publicly, I think it’s embarrassing that the number of African American CEOs has actually been reduced from eight years ago. That’s a serious problem,” Chenault says. “From an African American perspective, we are underrepresented. We can talk all the theories we want. People talk about the complexity of this issue. I know that there are very qualified people. They just haven’t gotten the opportunity.”

The flow of African American CEO and board talent, Chenault maintains, comes from committed leaders willing to set an unequivocal mandate to “the entire company and the leadership group that ‘I’m going to hold you accountable for the commitment to diversity and inclusion. That is a top priority. It will be very difficult for you to move in this company if you don’t exhibit this behavior.’” In order to ensure that more blacks have a shot at the top spot, he says, board diversification is a must and “the board, in fact, has to put pressure appropriately on the CEO” on this matter as well as a range of other issues.

John Rogers, chairman and CEO of Ariel Investments L.L.C. (No. 1 on the be asset managers list with $13.1 billion in assets under management), cites that the board pipeline is also a function of increasing board membership of foundations, universities, and private entities, which can serve as pools for viable candidates for boards of public companies. For instance, while speaking on a panel at this year’s Rainbow PUSH Wall Street Project Economic Summit, Rogers reiterated a position that he has held for years: Pressure must be applied to mammoth private equity firms like Blackstone Group, KKR, and the Carlyle Group, which collectively own hundreds of companies but fail to prioritize board diversity.

Board Leadership Will Make the Difference

One of the conclusions of the Deloitte board survey is that boards must discard a model that is less a meritocracy than a “mirrortocracy” in which “all directors bring similar perspectives and approaches to governance, risk management, and other board responsibilities.” Among the recommendations: Boards should look beyond positions such as CEO or CFO as a prerequisite for inclusion and instead engage “nontraditional members who will be balanced out by more traditional ones.” By taking a more analytical approach, developing sophisticated criteria, and revitalizing succession planning, the survey offers, more corporate boards will gain a better chance of benefitting from a “mixtocracy” model.

At the Deloitte Forum, a number of speakers stressed that the board composition will change if African American board members strategically position themselves for leadership positions such as lead director and chairman. In a session on that topic, Joyce M. Roché, a board veteran for more than 20 years who currently serves as a director for Macy’s and AT&T, remarked that this tack has become even more crucial in today’s rapidly evolving corporate governance environment: “Board service has changed. The amount of time that you put in is incredible. Many times you find out what’s going on in a Google alert.”

Even with the voluminous workload and events seemingly occurring in nanoseconds, Roché says some of the same rules apply for board advancement whether you are a seasoned or a new director. She told attendees to “make sure you can do what’s required, be transparent, leverage your skills, and build authentic relationships—especially with the CEO.”

Robin Washington, who also sits on the Honeywell board and was another panelist on that session, agreed that that boards are “relationship-driven” and further asserted that reputation is based on full engagement and judgement. “It’s critical to learn the business, learn the company, and learn the board once you’re selected,” she maintains. “You have to embrace the industry, ask probing questions, and be collaborative.” By doing so, the CEO and other directors will seek out such astute counsel on the myriad of issues and seriously consider matters brought to the table.

The need for such preparation is seconded by Travis. “You have to be able to invest the time. The amount of time to prep, to attend the meetings, to get up to speed on the actual industry that the board is in is very, very important,” she says. But it’s also really important to “understand the culture of the company and the culture of the board before you actually sit in a boardroom.”

In addition to remembering the acronym, “PIE: performance, image, and exposure,” Roché insists black board members vigorously voice their concerns and viewpoints. “You have to speak up. You can’t be afraid. You have to lead.” 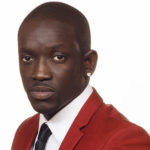 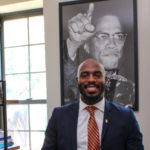 BE Modern Man: He Went From the Projects to a Doctoral Degree

FacebookTwitterYoutube
← Former Def Jam Executive Helps Bring Internet Access to Africa ← BE Modern Man: He Went From the Projects to a Doctoral Degree
×
'