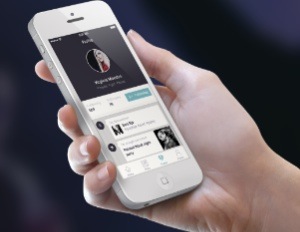 Fever is only works in New York and Madrid, but Gomez plans to expand to cities like LA and Chicago.

What do you do when you’re in a city and can’t find a place to party?

If you’re 21-year-old Pep GÃ³mez, you make an app that nets you $3 million in funding, according to the Wall Street Journal.

GÃ³mez thought of the idea that became Fever when he couldn’t find a way to reliably locate a social event in San Francisco, even though at the time he wasn’t even old enough to drink.

His investors include some high-profile venture capitalists, including Yahoo executive and Flickr CEO Bernardo Hernandez, and Jeff Pulver, an investor who got in on both Twitter and Foursquare early on.

GÃ³mez is far from inexperienced, having launched two other companies, Mewid and Redondea, in Spain, and served as an adviser for Solon Ventures.

Fever makes its money through lead generation, by which the company gets a small percentage of the ticket sales from the venue, and not from the users.

What makes it different from an events app like Eventbrite is its social focus. You can follow trendsetters and popular users who share similar interests and who have gone to similar events. If you follow someone, you can see the events they’re going to and attend them yourself by purchasing a ticket through Fever.

Right now, Fever has only 40 employees, with 15 full-time in New York. Right now, the app works in onlyÂ Â two places: New York and Madrid, although GÃ³mez wants to expand to other cities. You can check out Fever’s site and download the app for iPhone and Android.