Black Man in L.A. Flags Down Sheriff's Officers for Help, Get Tased 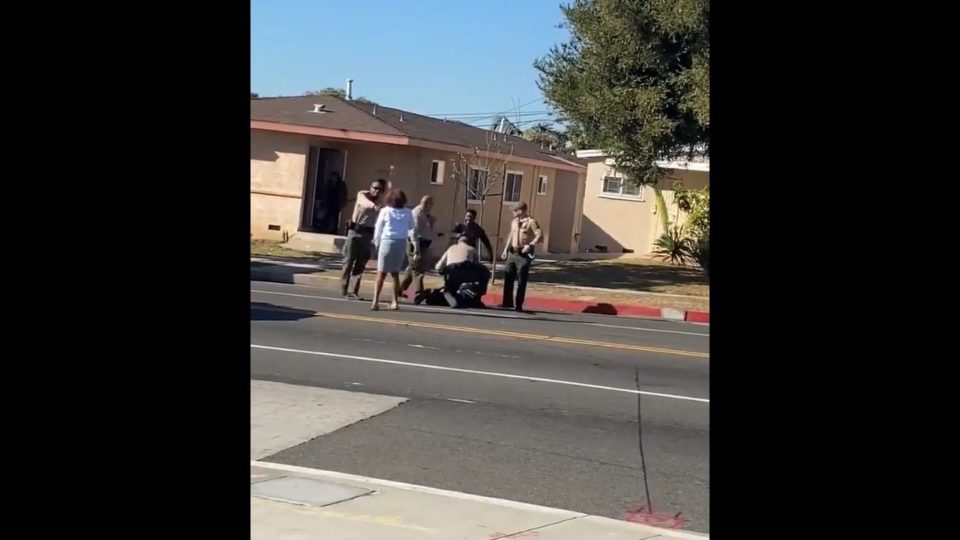 In an incident that was partially caught on mobile phone video, a Black man who was purportedly trying to flag down a police car to assist a car accident victim was tased by several sheriff’s deputies in Los Angeles in the middle of the street according to Insider.

A portion of the encounter was caught on a camera phone and then posted on Twitter by a witness to the incident who said that the man was trying to flag the police down to help them.

Got into a bad car accident today and this man in the video tried to flag the police down to help us instead they hopped out and tased bro no cap🤷‍♂️🤦‍♂️ pic.twitter.com/dYEKdtgVei

The Los Angeles Sheriff’s Department responded by stating that the man was blocking the officers.

“As deputies arrived, an individual ran onto the roadway, blocking the path of the deputies’ vehicle. Deputies exited their patrol vehicle and contacted the individual. Despite their de-escalation efforts the individual became hostile and a use of force occurred,” LASD said in a statement. “As the first incident was unfolding, a second individual approached deputies and ignored requests for him to back up. He struggled with the deputies and was taken into custody.”

The Los Angeles Sheriff’s Department had also stated that both of the men are related and were taken to a nearby hospital with injuries. The man who was tased hasn’t returned home as he is still hospitalized.

The department said the second man was cited for “battery on a peace officer and obstruction.”

The identities of the two Black men were not revealed by The Los Angeles Sheriff’s Department.