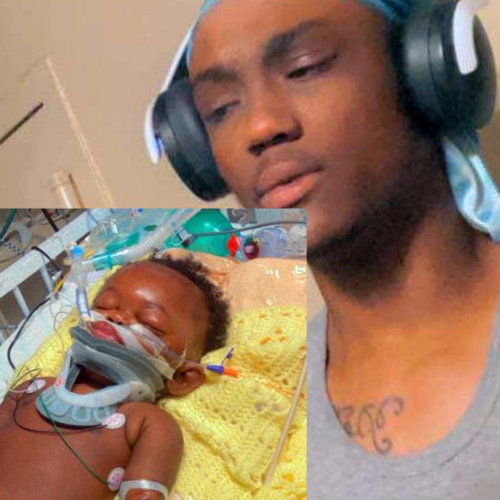 Price is now facing upgraded homicide charges for the July 1 death of Royalty Kemp, a 4-month-old baby who was allegedly abused and beat by Price, The New York Daily News reported. He was arrested for attempted murder and assault last month.

According to the infant’s mother, Price would throw the crying baby against the wall of their shared Bed-Stuy, Brooklyn, apartment and hit her head with his video game controller.

Kemp told the New York newspaper that she met him on an online dating app last November.

The fatal incident happened on June 21, but Royalty was not taken to a hospital until the following morning.

Initially taken to Woodhull Hospital in Brooklyn before being transferred to Bellevue Hospital in Manhattan, the doctors diagnosed Royalty with brain injury—a fractured skull and internal bleeding, The Daily News reported.

Police were called in one day after they visited Bellevue.

The authorities brought the former couple to their local police precinct, where Price allegedly admitted responsibility.

Price is being held in Rikers Island without bail.

The mother told The Daily News that her ex-boyfriend was not transparent to what exactly happened to her daughter, saying, “he told me was that he didn’t feel he hurt her that badly.”

“From my understanding, they’re still digging into the case,” Kemp said. “I feel like now I’m being punished for something I didn’t do.”

Kemp has two sons from a previous relationship, a 1-year-old who witnessed what happened, and a 6-year-old living with his biological father. The toddler was taken away from Kemp, who is reportedly having trouble telling her eldest son that his baby sister has passed away.

“He took an innocent child’s life for absolutely no reason,” Kemp, 24, said. “The only reason he gave [police] was that she wouldn’t stop crying. … He also asked me for forgiveness. I told him, ‘I don’t know how to do that, honestly.’”

Kemp was running an errand and left her newborn baby with Price for the afternoon. When she returned to the apartment around 11 p.m., she noticed her baby was in bed asleep.

The next morning at 10: 30 a.m., Kemp tried to wake up her daughter only to realize she “looked lifeless,” she recalled.

“I really tried to wake her,” Kemp told The Daily News. “I poured water on her face, running it over her head, you know? Just doing anything you can do to try to wake a person up.”

Kemp told police she hopes her ex-boyfriend’s actions catch up to him.

“I hope he gets sentenced for life or electrocuted,” she said. “When people hear what he did, he’s not going to have a very nice time in [jail].”

In Price’s side of the story, he told the police that the baby was on his lap while he was gaming, admitting that he was aggressively bouncing the baby and applying a pacifier into Royalty’s mouth to stop her from crying.

The death of her daughter is agonizing for Kemp, noting that “I didn’t even get to spend one holiday with her.”

“All the holidays are coming up — Christmas, Thanksgiving, and New Year’s, and Labor Day,” she added.