A Chicago Rally In Honor of Transgender, LGBTQ+ Lives Turns Into Mayhem 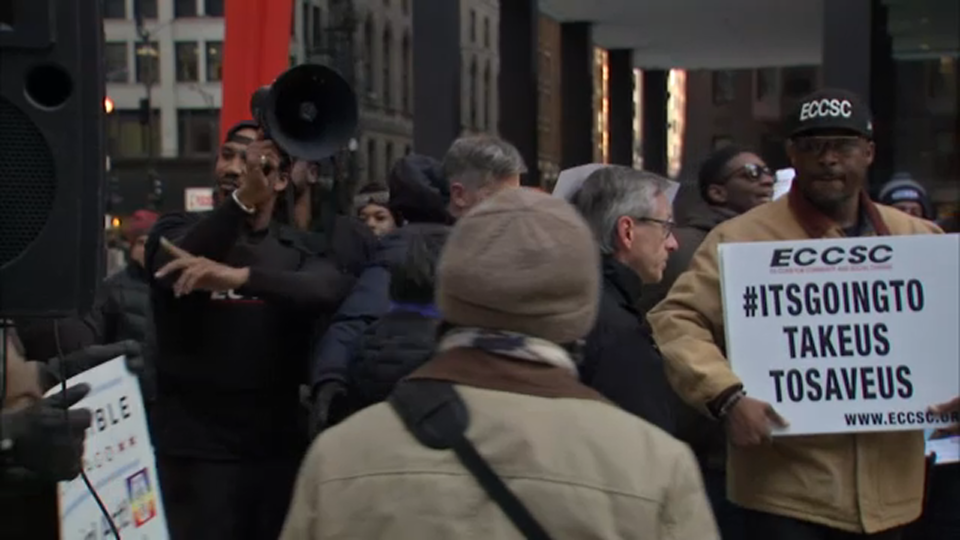 Following the deaths of two Black Chicago women, activists and community members rallied together to shed light on the violence against the transgender and LGBTQIA community.

But the peaceful event, held by Equality Illinois, escalated into a shouting match when several members of Ex-Cons for Community and Social Change, including founder Tyrone Muhammad, crashed the event with bullhorns, the Chicago Sun-Times reported.

“Our community is dying every day in these streets,” Muhammad declared, wanting to draw more attention to the broader Black population in Chicago who are dying as a result of street violence.

“Black trans people have a genocide going on with them right now—particularly Black trans women are being murdered and we are doing nothing about it,” Bassett said before being interrupted. “No justice is being done.”

After a “scuffle” between members of the opposing factions, the transgender advocates will reschedule the rally, the Sun-Times reported.

Bassett, founder and CEO of Life Is Work, wanted to honor the lives of Tatiana “Tee Tee” Whetstone and transgender advocate Elise Malary.

On March 18, Whetstone, a transgender woman Whetstone also known as Tatiana Labelle, was found dead in a garbage can in an alley located in the Chicago neighborhood of East Chatham. The Cook County Medical Examiner’s office confirmed her cause of death was due to multiple injuries of assault and therefore ruled it a homicide.

Malary, a founding member of the Chicago Therapy Collective in Andersonville, was reported missing on March 11. She was found dead six days later along Lake Michigan in Evanston. Here cause of death has not yet been announced, according to NBC Chicago.

“We are here because we will not let hatred and bigotry prevail,” said Mony Ruiz-Velasco of Equality Illinois.

According to the National Black Justice Coalition, 2021 was the deadliest year on record for Black transgender women in the United States. Rallying for the deaths of these two Chicago women is part of a national movement to spread awareness of LGBTQIA discrimination.

Jae Rice of Brave Space Alliance, the first Black-led, trans-led LGBTQ+ Center on Chicago’s South Side, said that the two recent deaths highlight a larger issue at hand in the community.