“There are just too many kids out there who are trying for that easy dollar, but that is just not the way,” says Donald Lee Robinson. “You have to work and save to get the things you need.”

According to Charles Schwab’s 2007 Teens & Money survey, only 23% of those surveyed, ages 13 to 18, consider themselves knowledgeable about what a credit score is. And less than half, 41%, say that they know how to budget their money.

Last year, Robinson decided to counter this by launching SkillsThatClick, a Website teaching young people–primarily ages 12 to 15–about money management. Made to be educational and entertaining, the site provides users with the opportunity to hone financial skills such as how to use checking and savings accounts, how credit cards work, and how to buy and sell stocks.

Robinson modeled the idea after his nine-year career in the U.S. Navy. “We had simulators to train on every system out there,” says the 38-year-old Ohio native. “It was easy to learn because you are learning by your own decisions. I thought that through simulators, people could learn fiscal responsibility relatively easily.”

Surprised at how little many people knew about financing, the father of two says that by the time people learn they have made financial mistakes, it is often too late and it amounts to years of credit repair. So he combined his military training with his education–a bachelor’s degree in marketing and an associate’s and master’s in business–as well as experience working as a manager of a lending institution.

To date, Robinson has partnered with several charter schools and youth centers throughout Ohio. Along with providing students access to financial lessons through his Website, he also visits classes and leads workshops on financial literacy. Robinson estimates that his site has reached about 2,500 members.

One of his partnerships is with the Columbus, Ohio-based nonprofit Minority Youth Link. Robinson maintains that through his efforts, approximately 500 minority students in grades six through 12 are currently being helped; however, they are not the only ones benefiting. 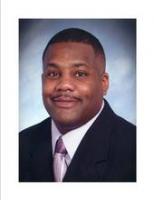 “He is totally dedicated to teaching kids how to manage their money,” says Donna Yarborough, executive director for Minority Youth Link. “But what we are also finding out is that his program is really teaching everybody. Adults that don’t know are learning through our kids.”

Robinson says he has invested more than $140,000 of his own money into the project. Access to the Website is donation-based; however services are free for anyone who cannot afford to give. Robinson says the purpose of SkillsThatClick is to educate, not generate income. His confidence in the program’s effectiveness is derived from his own kids learning its core principles and values.

“If people learn how to handle their money properly when they are young,” continues Robinson, “they can potentially avoid many financial setbacks.”