A Conversation on Diversity 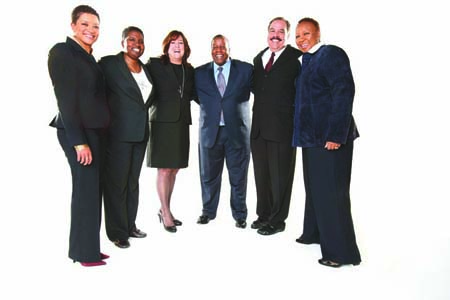 One of the most rewarding rituals at Black Enterprise is our cover shoots. For one, I love to see our Art department in action. Creative Director Terence K. Saulsby exercises almost military precision in mapping out the visual presentation. Associate Photography Director Lonnie C. Major demonstrates an uncanny skill for getting the most out of his subjects. Senior Designer Todd A. Chapman offers creative contributions that further enhance the shoot. Even our art intern Shayne Alexander displayed photographic dexterity. It’s teamwork at its best.

These shoots also provide our editors the chance to chat with those who appear on the pages of the magazine in a less formal environment than the traditional pad-and-pencil interview. This month, Contributing Writer Carolyn M. Brown and I gained the opportunity to discuss the changing dynamics of corporate competitiveness with cover subjects Patricia S. Harris, global chief diversity officer of McDonald’s Corp.; Tara Amaral, chief diversity officer and vice president of talent acquisition at Automatic Data Processing Inc.; Pamela Culpepper, senior vice president of global diversity and inclusion officer for PepsiCo Inc.; and Emilio Egea, vice president of human resources and chief diversity officer of Prudential Financial Inc. This group represents but a few from our inaugural list of Top Executives in Diversity, business leaders who drive overall inclusion efforts at the nation’s 1,000 largest publicly traded corporations and 100 leading global corporations. The editorial package was adroitly produced by Multimedia Special Projects Editor and list master Sonja D. Mack; Multimedia Editorial Director–and our resident diversity expert–Sonia Alleyne; and Brown, a veteran of such major editorial efforts.

In talking with those on the front lines, Brown and I discovered that today’s diversity thrust is both global and local with an emphasis on making customer connections. Fresh from an assignment in Asia, Harris reported that McDonald’s operations in Japan, where the representation of female managers grew from 3% to 16% in four years, quickly shifted to crisis mode by supplying tons of food to thousands devastated by the triple catastrophes of earthquake, tsunami, and nuclear disaster. Closer to home, Egea directs Prudential’s managers to immerse themselves–from tracking health disparities to meeting with the local clergy–in African American and Latino communities. As a result, these community members have become some of Prudential’s strongest advocates.

We also discovered the value of intergenerational diversity, in which the old guard guides young executives who have, in turn, helped fuel companies with energy and ideas. Read Multimedia Editorial Director John Simons’ compelling feature of a finance professional who can be found among the ranks of our BE Next, rising stars 35 and under. In “A Life on ‘The Street,’â€ he shares the amazing journey of Lamont McMillan, who as a teenager was mentored, in part, by a Deutsch Bank managing director who sought to diversify the financial industry. Today, 30-year-old McMillan is a successful billion-dollar bond trader on Wall Street.

Black Enterprise has a history of advocating that American industry needs the full participation of professionals of color and any gender with the right stuff. As our new list and McMillan’s story demonstrate, its future performance will be determined by embracing diverse talent.