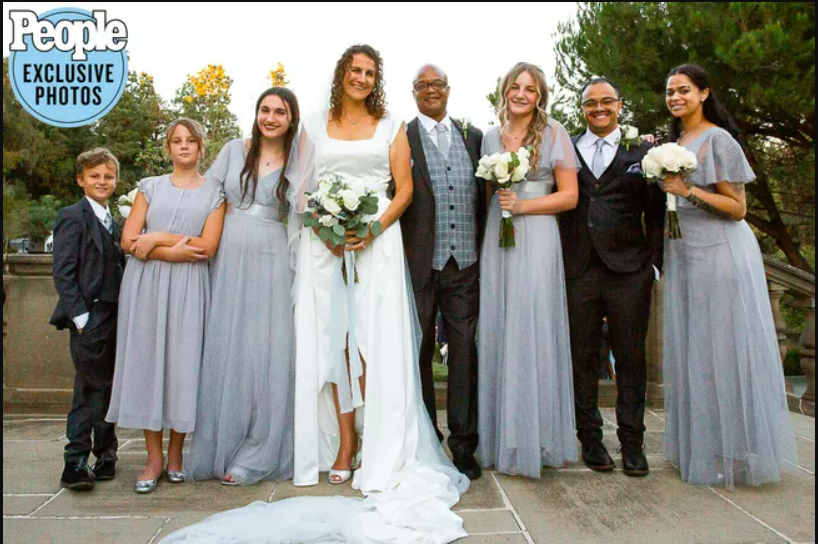 Todd Bridges may always be known as the beloved Willis Jackson on the iconic sitcom Diff’rent Strokes, but his journey off-screen is worth talkin’ ’bout.

The 57-year-old actor tied the knot on Wednesday evening with his new wife, designer Bettijo B. Hirschi.

According to People, the couple exchanged their wedding vows in front of 70 of their “closest friends and family” at Greystone Mansion & Gardens in Beverly Hills, California.

Regarding his second marriage, Bridges says he is delighted to have finalized this new union with “somebody that I’m madly in love with,” per the magazine.

TMZ reported that the night was topped off with a reception just a few miles away from the wedding ceremony. The party lasted till the next morning.

The former Celebrity Big Brother 3 contestant and his ex-wife, Dori, split back in 2012. They share a son, Spencir, 24, and a daughter, Bo, 25. Now, Bridges will be a stepdad to his new bride’s four children.

According to Bridges, he met Hirschi through a mutual friend back in March, and the rest is history.

“We met through a friend that I’ve [known] for a long time named Mandy,” Bridges revealed to People. “I was supposed to actually be setting her up with someone else, but it didn’t go that way. When I met her, I was like, ‘I’m not going to set her up with anyone else. I want her for myself.’ “

“I’d just all of a sudden decided that I wanted to get married to her, and I proposed to her,” he recalled popping the big question on the beach. “I got down on one knee and did what I was supposed to do.”

This momentous occasion comes after a dark past of serious drug addiction and arrests for Bridges. After playing big brother to Gary Coleman‘s infamous character, Arnold, on the hit series for eight years, he faced daunting traumas from a difficult childhood, including physical abuse and molestation. It was in 1993 that he decided to enter rehab and turn his life around.

It’s a new dawn for these newlyweds! Congratulations to the Bridges!