A Generation Of Black Golfers Are Standing On Lee Elder's Shoulders 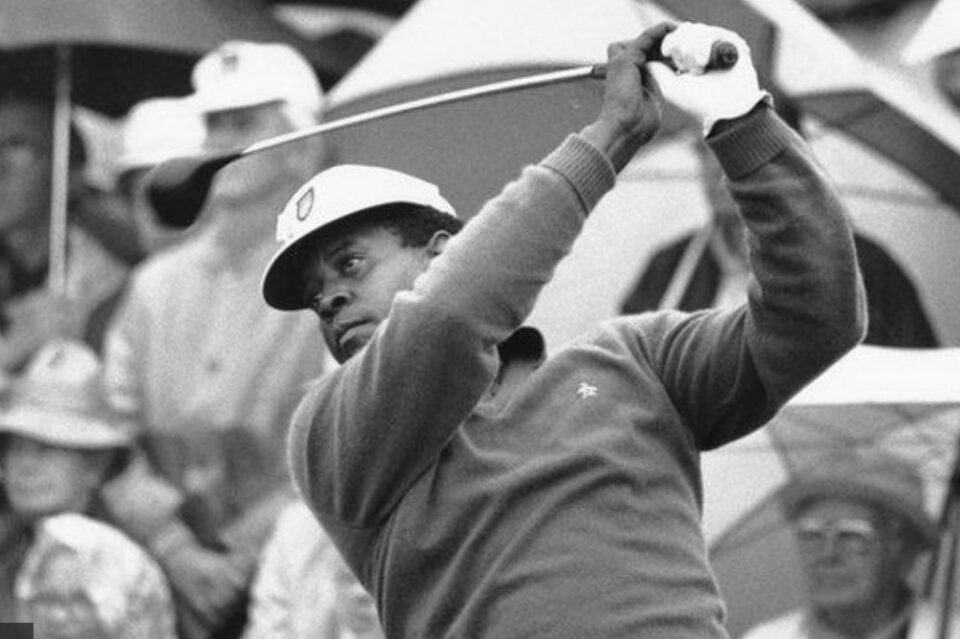 A generation of Black golfers are standing on the shoulders of Lee Elder, the first Black man to play in the Masters. (Image: Twitter/@laz_versalles )

Lee Elder, the first Black golfer to play in The Masters, who passed away Monday at the age of 87, served as a paramount figure for a generation of Black golfers.

Elder, who grew up in Texas and got his start in golf working as a teen caddie at an all-White club, dedicated his life to a sport that didn’t recognize or welcome Black participants until after he was 40. Throughout his career, Elder witnessed extreme racism including not being allowed to even dress in some of the locker rooms of the golf courses where they played.

However, Elder didn’t let those experiences taint his love for the game. During and after his playing days, Elder continued to promote golf through his golf tournament (The Lee Elder Golf Invitational) which helped fund college scholarships for Black students. Elder also attended a number of chartable golf events including multiple appearances at BLACK ENTERPRISE‘s Golf and Tennis Challenge.

Elder thrived in the UGA, winning four UGA Negro National Opens and in 1966, had a stretch in which he won 18 of 22 starts.

The golfer’s path to The Masters tee was not an easy one, but it cleared the way for many others behind him.

Before 1971, Black golfers were not allowed to play at The Masters, but the Civil Rights movement in the mid 1960s put pressure on the golf course to integrate. It still took a few years but in 1971 the ANGC announced that any player who won a PGA Tour event could participate in The Masters.

Elder got his PGA win three years later at the 1974 Monsanto Open at the Pensacola Country Club in Florida. The win not only meant Elder qualified, but he got the win at one of the courses that previously wouldn’t let Black golfers to dress in the locker room.

“The Masters has never wanted a Black player and they kept changing the rules to make it harder for Blacks,” Elder once said at the time of the tournament. “Everything’s fine now only because I got them off the hook by winning.”

Elder was monumental. He paved the way for golf in the same way Martin Luther King Jr., paved the way for Blacks during the civil rights movement. He was a destabilizing force who commanded respect on the green.

After Elder qualified for The Masters, he faced death threats prompting him to rent two houses near the golf course and alternate between them for safety according to the New York Times. The Texas native played in the first two rounds before missing the cut  for the last two, but was applauded by the crowd and played at five more Masters tournaments. Elder’s best finish at the tournament came in 1979 when he finished tied for 17th.

Harold Varner III, a Black golfer currently on the PGA Tour, posted a video on Twitter describing a time he met Elder and how in awe he was of the man.

Look out for the ones coming behind you. Lee Elder was an incredible contribution to the game and made history because of his talent, not just because he was African-American. I’m fortunate to have had the chance to learn from him. My prayers to the Elder family at this time. pic.twitter.com/FBPtzdmkro

Elder opened doors for Blacks, creating opportunities and access to have a seat at the table and engage in business. Although he never won a coveted green jacket, Elder broke the color barrier in the sport of golf.

After his passing was announced, tributes poured in for Elder, including from pro golfers Jack Nicklaus and NBA All-Star Stephen Curry. Tennis legend Billie Jean King also praised Elder for breaking several color barriers in Golf. Tiger Woods, who is still recovering from a car accident earlier this year, has yet to comment on Elder’s death but after winning The Masters in 1997 expressed what Elder meant to him.