Ten Young, Black Influencers Are Living And Working In A Collab Crib 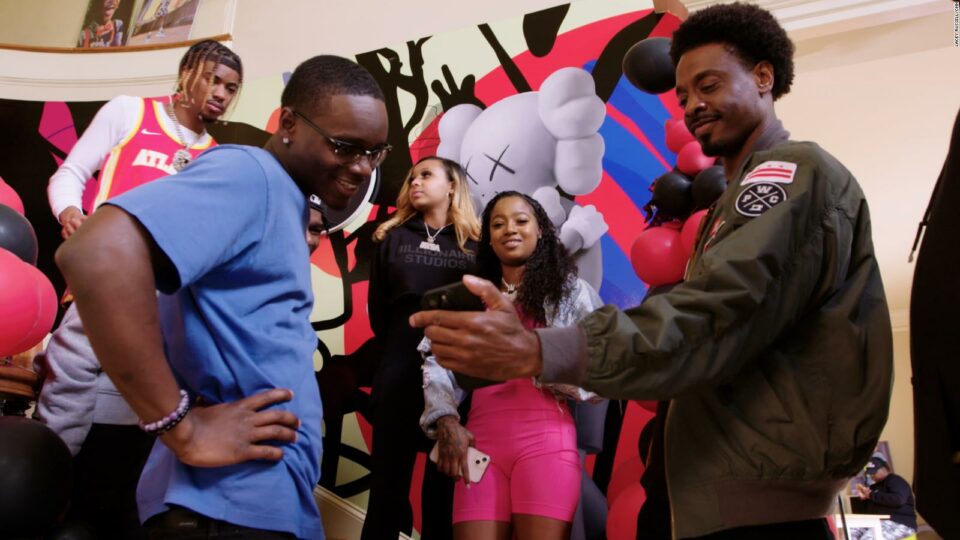 The Collab Crib is one of the nation’s only content houses for all-Black influencers. Here, 10 young creators work daily under the care of a manager. Most of them live in the house as well. The youngest is 8 years old and the oldest is 30. (Image: Twitter)

Ten young, Black influencers live and work in the Collab Crib, an Atlanta mansion where they live, work, and create content for their 30 million followers.

The Collab Crib is one of the nation’s only content houses specifically for Black influencers. It’s here where 10 Black content creators between the ages of 8 and 30 live, work and create content in the 8,500 square foot home.

The Collab Crib’s members include Marcus Bolton, 8; Khamyra Sykes, 15; Noah Webster, 19; Theodore Wisseh, 20; Oneil Rowe, 21; Kaychelle Dabney, 23; Kaelyn Castle, 24; Cameron Lee, 26; Tray Bills, 26; and Robert Dean III, 30. Six of the members live in the house full-time. The two women live independently but maintain a space at the mansion, while the two youngest also have space but live with their parents and are home-schooled.

Laughter, music, and positive vibes can be heard constantly throughout the Collab Crib. The group’s members hope to leverage their fame and the mansion to build their careers and break into music, television, and movies. The group includes aspiring dancers, comedians, musicians, pop stars, and rappers.

Keith Dorsey, the Collab Crib’s manager, told CNN the group has a simple strategy for success.

“We have a strategy, and that strategy is to work 100 times harder than everyone else,” Dorsey, a self-described talent manager and business developer, said. “They eat, sleep, strategize, and come up with new ideas and content. Together, they create magic. Our model is a video a day keeps the bill collectors away.”

Dorsey, 34, and his friend Dean, who became popular on the now-defunct app Vine, started the Collab Crib at the height of the COVID-19 pandemic in December 2020. The two men chose the 10 members, some of whom they’ve worked with in the past and some based on their content and recommendations from others.

Some of those living in the mansion are skipping college or have left a 9-to-5 job on the table to live in the house, something several acknowledged wasn’t an easy decision.

One of the housemates, Cameron Lee, was hesitant to leave his job as a forklift operator because he didn’t have a large following at the time.

“A job – all you have to do is show up for work, and it’s guaranteed money, but I kind of woke up one day, and I was like, I am going full throttle with this.”

The group has led to other collaborations in Los Angeles, Las Vegas, and other major cities. Living at the house has taught the group life skills, including getting along, problem-solving, divvying up chores, and collaborating. But the one thing they know how to do is have fun.