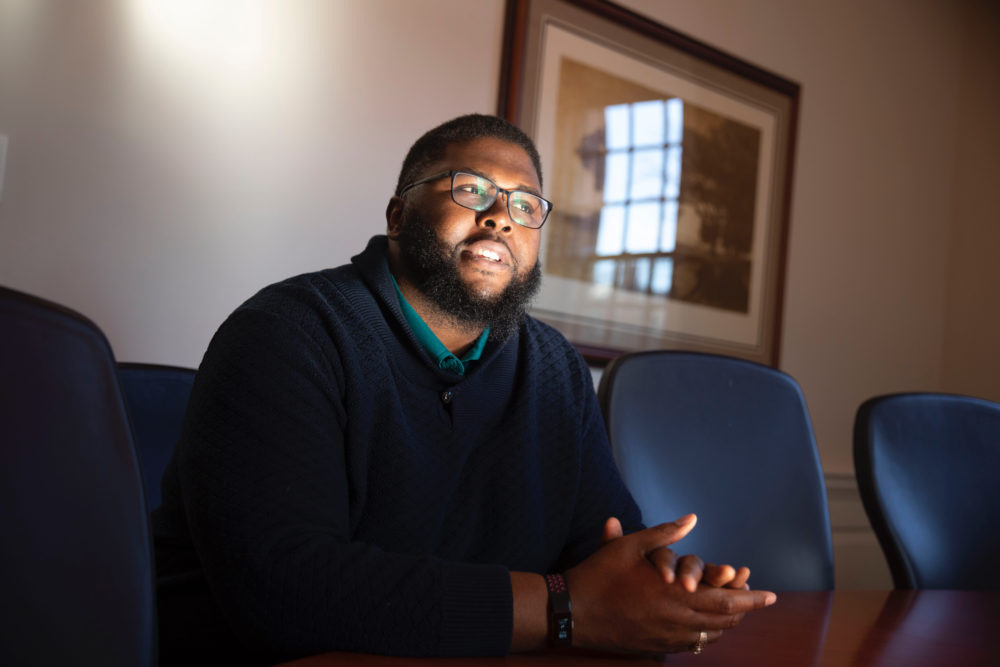 HGSE Professor Anthony Jack talks about his new book "The Privileged Poor" which is about the struggles of disadvantaged students at elite schools inside Longfellow Hall. Kris Snibbe/Harvard Staff Photographer

The president of Purdue University thinks that black scholars are ‘rare creatures.’ Unfortunately, you read that correctly. In late November, Mitch Daniels, president of the university, announced that he would be recruiting a black academic who he referred to as “one of the rarest creatures in America—a leading, I mean a really leading, African-American scholar.”

As you could imagine, news of what Daniels said traveled fast and in the essence of Black Twitter, the hashtag #IAmNotACreature surfaced on the web sparking debate on the controversial statement from black students, professors, and those who shared the same sentiments.

After receiving backlash for his comment, Daniels told the Lafayette Journal & Courier, “I was saying that, this very week, we’re working on a superstar who happens to be African American,” Daniels said. “Extraordinarily rare talent and one of our target populations. That’s what I said. And to have that stood on its head as an indifference to diversity, or worse, it hurts. That’s all I’ll say.”

Black Scholars Aren’t Having It

In response to the news, G. Gabrielle Starr, president of Pomona College and a professor of English and neuroscience, wrote an eloquent opinion piece in the New York Times.

When I learned about Mr. Daniels’s words from another African-American scholar on my own campus, I felt indignant but also constrained. The standard etiquette for college presidents, like me, is to let the remarks of another leader pass on by.

I can’t do that. The idea that scholars of color are rare is a damaging fiction. Yet it’s pervasive in academia, causing untold damage. It allows some faculty deans to simply throw up their hands and give up on their recruitment efforts. It leads to small recruitment budgets for minority candidates.

It means some disciplines structurally ignore the presence of brilliant candidates of color, believing, contrary to their own eyes, that none exist. It means that another generation of younger scholars may think it’s impossible ever to lead. It means lost creativity, delayed discoveries and fewer transformative ideas of the kind our world desperately needs. And for those who want to maintain the status quo, mission accomplished.

It’s true that the number of black scholars is smaller than one would like. But they’re also suppressed by the fiction that black leadership is an impossible dream — a rare bird.

As an ode to black excellence, here is a list of 33 black scholars who are and have shaped the world:

33 Black Scholars You Should Know: