A New Book Makes The Argument That HBCUs Are Owed Reparations 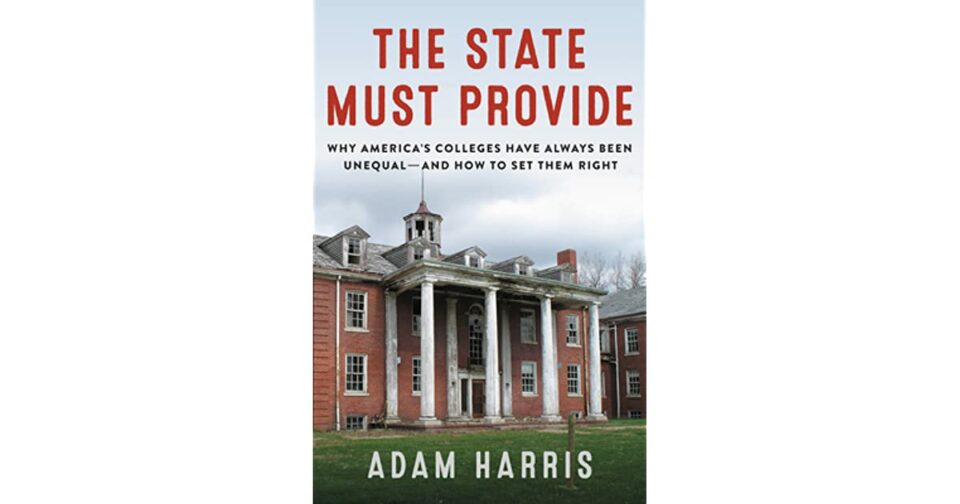 While a student at Alabama A&M University, Adam Harris took a short drive to the University of Alabama-Huntsville and was shocked by the difference in the school and HBCUs.

Harris saw nothing but smooth roads, tree-lined streets, and new buildings. It looked nothing like the campus he called home.

“They had new and newly renovated buildings,” Harris told NBC News. “The library had longer operating hours and a more extensive collection. Potholes had been filled — if they’d ever been there. And very few of the students I saw that day were Black, which was interesting for a regional school because Huntsville is roughly 30% Black. But just 10% of UAH’s campus was Black.”

The visit made Harris wonder why the facilities at a white school founded in 1950 were better than an HBCU founded 75 years earlier?

Harris spent the next decade figuring out the answer to that question in his book  “The State Must Provide: Why America’s Colleges Have Always Been Unequal—and How to Set Them Right.”

Harris, a reporter for The Atlantic, examined the history of how racial discrimination against HBCUs led to decades of underfunding and undermining that supplemented many of their struggles. Due to decades of bias and neglect by the federal government, Harris concluded that HBCUs are owed reparations.

The reporter told NPR in an interview the HBCU neglect was due to a range of factors.

“So it’s a mix of factors,” Harris said. “How states build out their funding models—several states will have things like a performance-based funding model, where institutions that have better graduation rates, institutions that have more students will receive more money. And those with lower graduation rates or fewer students will receive less money, even if they are serving two, you know, vastly different student populations.”

The author added laws like the Morrill Act of 1862, which was supposed to provide grants of land to states to finance the establishment of colleges specializing in “agriculture and the mechanical arts,” were misused by state lawmakers who did not apply it to HBCUs.

One example Harris wrote about details how lawmakers kept funds from Alcorn State University. According to the Bureau of Labor Statistics, the Mississippi-based school, founded in 1871, was supposed to receive a guaranteed appropriation of $50,000 a year ($1.4 million today) for at least a decade. However, in 1875, the Redeemers jumped into public office, launching a “white revolution.” They reduced the appropriation to $15,000 and the next year reduced it to $5,500.

According to Harris, at the same time, professors at the University of Mississippi were writing in local newspapers that they would rather resign than teach Black students.