The Film Writer's Life at Plunge 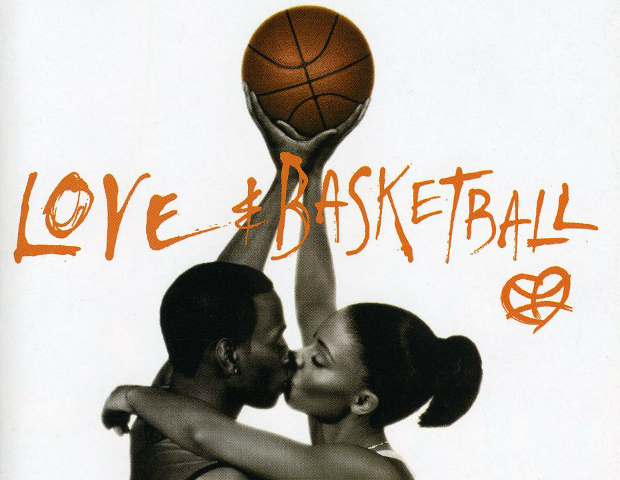 A love story centered around basketball. Or is it a basketball story centered around love? This Spike Lee-produced film stars Omar Epps and Sanaa Lathan as 2 friends, who are basketball players headed to college, who, of course, are bounded by love. They are connected in several ways and go through the trials and tribulations of being together. The cast consists of Dennis Haysbert, Debbi Morgan and Alfre Woodard.

Gina Prince-Bythewood is no stranger to the world of film. With a list of movies on her resume that includes Love & Basketball (2000), The Secret Life of Bees (2008), and the upcoming November release of Beyond the Lights, the UCLA graduate began her career straight out of film school writing episodes of A Different World in the early ‘90s. Beginning her film career working on Biker Boyz (2003), Prince-Bythewood’s directorial debut came with the CBS Schoolbreak Special What About Your Friends (1995), which won her two Emmy nominations for writing and directing along with the NAACP Image Award for Best Children’s Special.

A scribe at heart, Prince-Bythewood takes her personal world of experiences as a woman and weaves them into tales that resonate with love, empowerment, and healing. Her upcoming film, Beyond the Lights, is the next project in which she dares to tackle the taboo topic of mental health through the eyes of a pop star (Gugu Mbatha-Raw), her love interest (Nate Parker), and an overbearing mother (Minnie Driver.) Set to drop in November, Beyond the Lights will see its Miami premiere at Film Life’s upcoming Plunge Culture & Creativity Conference hosted by Black Enterprise when it hits South Beach, Miami Nov. 6-8. Taking time to talk to Black Enterprise about the business of writing, Prince-Bythewood shares her long groundbreaking road filled with trials she overcame to move from the dark shadow of frustration into the accomplished light of a movie premiere.

BlackEnterprise.com: The road to getting a Hollywood film made is often long and tedious, but writing can help relieve some of those frustrations. Is this how it worked for you?

Gina Prince-Bythewood: That’s the great thing about being a writer. It can be great therapy. The whole thing of finding your voice and having your voice is just so important. Not being able to express yourself is just…. Like I know for this movie (Beyond the Lights) and it taking so long to get made. It was like this movie was so clear in my head and it was so soul crushing to keep hearing, ‘No, no, no.’ And just feeling like, ‘When am I ever going to get my voice out in the world?’

You were very vocal on Twitter about having to change the name of your film from Blackbird to its current title, Beyond the Lights.

How long did it take you to write the actual script? And how many drafts did it take?

Fifty-five. I looked the other day and the date of my first draft was 2007. I started it before Secret Life of Bees and then put it down. And then once that movie was over, picked it back up. Seven years? Wow. That’s a testament to sticking to your dream. You definitely have to be passionate about what you’re working. Because to get in front of the computer every day and keep working it and working it and…. It’s like I got the script done. And then as I was waiting to see if a studio would pick it up. I took a rewrite. Wrote something in between that. But I would say a good solid two years of writing the script. So you gotta love what you’re writing.

So what kind of creative input do you get from your husband, Reggie Rock Bythewood?

I mean, I am so fortunate that I live with a writer, one that I respect above all other writers. And that is brave enough to be honest with me. And vice versa. We work on each other’s projects, we work on each other’s scripts. They have to get past us before they can go out. And when he gives me notes, I mean, I get so crabby. ‘Cause I’ve worked on the script and I’m excited. And I hear it’s not ready and giving me notes? And then I take a day, I take it in, and it’s like, ‘He’s right.’ And every time it goes through red, it gets better. But props to him, cause God, I get crabby. But again, it’s great to have somebody who will be brutally honest with you because you need that. You need that little crew around you or else you’re putting out stuff and wondering why no one is feeling it, because the script wasn’t ready. It all starts with the script.