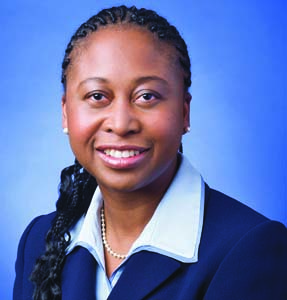 After a string of volatile years for stock mutual funds, 2012 could see a rally. Dawn Brown, senior financial adviser at Altfest Personal Wealth Management, a New York City-based, family-owned personal wealth management company, says there are several factors that could encourage investors. Share performance in 2012 may be fortified by modest economic growth–should the euro not break up. Once the U.S. presidential election is over, uncertainty will ease, as either President Obama’s policies will continue or a new Republican president will push for less regulation, says Brown, who holds a bachelor’s of art with honors in accountancy from Birmingham City University in England.

Brown continues to stress to clients that maintaining a diversified portfolio decreases risk and increases wealth. Altfest invests only in no-load funds: those whose shares are sold without a commission or sales charge. “[At Altfest] we generally do not invest more than 5% in any one fund, so these funds would be part of our overall selections,â€ says Brown, a 10-year veteran with the firm. A retirement planning specialist, Brown selected a bond fund, a large cap, and an international fund for Black Enterprise.

Doubleline Total Return Bond (DLTNX) This fund, launched in April 2010, has performed well since inception, having earned a 15% return and an 8% yield. In comparison, the return reported by the Barclays Capital Aggregate Bond Index since April 2010 was 7.57%, and the one-year return was 7.84%. The no-load DLTNX may be young, but its well-regarded fund manager, Jeffrey Gundlach, DoubleLine Capital’s chief executive officer and chief investment officer, used this style of investing for more than 24 years when he managed the TCW Total Return Bond Fund. Brown likes this fund, “because of its consistent performance and the manager’s ability to make the right decisions for investors.â€
One-year return: 9.16%
Three-year return: N/A
Five-year return: N/A
Minimum taxable investment: $2,000; IRA: $500
Expense ratio: 0.74%

Columbia Dividend Income Fund (GSFTX) This roughly $4.82 billion value-oriented large cap fund focuses on investing in companies with growing dividends. The five-year annual dividend growth was reported as 3.9%, which compares favorably against inflation at 3.4%. With a goal of a dividend yield of at least 50% greater than the S&P 500, this fund has generated a solid yield for fund owners. Brown says that “stands out when compared to the 2% average yield for the S&P 500.â€ Brown has great respect for the fund’s managers outperforming the benchmark with less risk (beta 0.83) since they took over.
One-year return: 6.96%
Three-year return: 12.76%
Five-year return: 2.06%
Minimum investment: $2,500; IRA: $1,000
Expense ratio: 0.79%

Oakmark International Fund (OAKIX) This value-orientated foreign large cap fund has a large exposure to Europe and Japan and holds about 50 stocks. These include BNP Paribas, Toyota Motor Corp., Canon Inc., and Daimler. Last year’s fund performance was hurt by the exposure to European financials such as Bank of Ireland, Credit Suisse, and Intesa SanPaola S.p.A. in the portfolio, and by the beating Japan stocks took after the earthquake, tsunami, and flooding in Thailand. Brown says a rebound in global economic activity could lead to higher share prices. The fund’s manager is confident about the medium-to-long term performance.
One-year return: -14.07%
Three-year return: 16.00%
Five-year return: -1.75%
Minimum investment: $1,000
Expense ratio: 1.06%