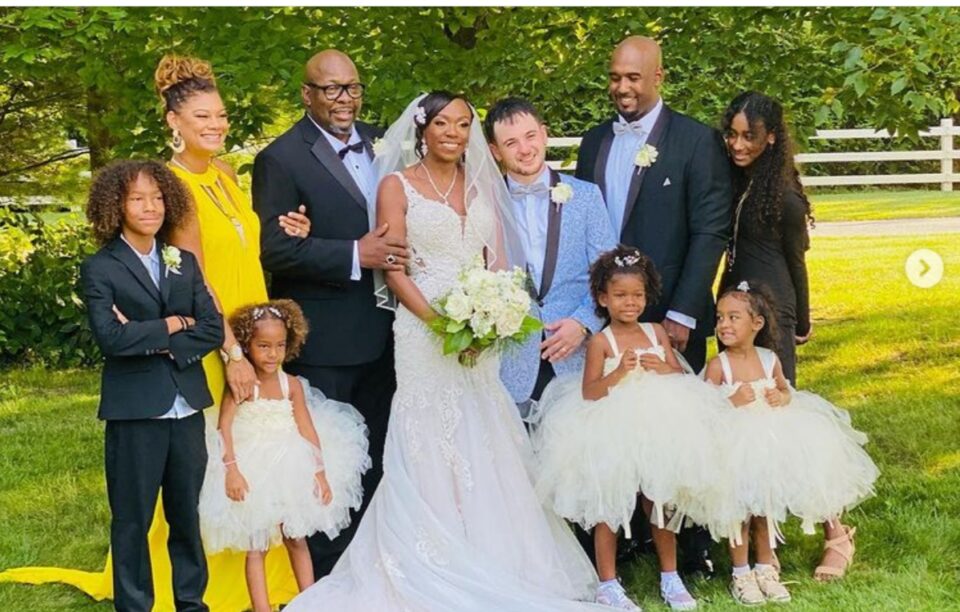 Bobby Brown has suffered much tragedy in his life but this past week he was able to celebrate his daughter La’Princia Brown who tied the knot with her longtime beau.

La’Princia looking beautiful in a traditional all-white wedding gown, married media personality Eddie Ray with her R&B dad by her side, her stepmom Alicia Etheredge-Brown and her family and siblings in tow.

The celebration looks like it was the place to be with Brown sharing a pre-wedding post with his daughter dancing to his forever bop, “Every Little Step I Take,” at a rehearsal. The hashtag for the event was #Rings4Rays.

La’Princia and Eddie reportedly have dated for the last 10 years.

Eddie wrote about his new wife back in 2019: “Find you someone you can talk their ear off too & repeat the same stories but they always listen.”

LaPrincia also shared some thoughts about Eddie and back in 2016 in her Saving Princie blog, saying:

“Together, anything seems possible. For every doubt I have about the future, he proves there is always a way to make my dreams a reality,” she wrote. “My fiancé gives me the strength to believe in myself, making me a better person for him and other people in my life.”

“My parents were never married, but their love for me has shown me what unconditional love is. I believe I’ve found that,” she added. “I feel safe. I can finally be myself without fear of being shamed for who I am. It’s a beautiful feeling. I have a partner in life, and I’m in love with him.”

We’re glad to see Brown smiling in pics and experiencing this happiness.

The former New Edition member lost three family members to drug abuse. The New Edition member buried his daughter Bobby Kristina Brown in 2015 after she died in an accidental drowning brought on by drug use. Bobbi Kristina’s death came just three years after she lost her mother, the late Whitney Houston, in an eerily similar drowning incident. Toxicology reports for Houston, Bobby Brown’s ex-wife, confirmed her heart disease and cocaine use were contributing factors in her accidental drowning.

His son Bobby Brown Jr.,  was found dead in his Los Angeles home on November 18, 2020. At the time, not much was known about his cause of death other than the flu-like symptoms family members said he was experiencing. A 15-page autopsy and toxicology report released by the L.A. County coroner’s office confirmed that Bobby Jr. died from “combined effects of alcohol, cocaine and fentanyl,” NBC reported.